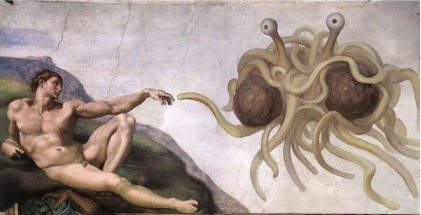 When God created his first code, he created it in his image. He put in his own repository, called it Open Source, announced it to the world and walked away to do another creation.

Many of the Toolserver tools are abandon ware. They have been thankfully received by the mere mortals who pay daily homage to the Gods by evoking the code in a quest for reaching the heaven of enhanced and divine effectiveness.

As more mere mortals scaled the heights of tool proficiency, their understanding became fractured as more of them started to talk in different tongues. The code lived on and everyone was still expected to continue building the tower that brings knowledge to all of humankind.

The Gods did send their sons to update much of the code; even though the code was in many books, the revelations could be extracted into a single source that would be delivered to the mere mortals. As these new levels of understanding descended on the faithful, the code itself remained a testament to the original structures and coding practices.

The promise of new coding practices descended on the disciples, they theorised and promised an afterlife where all the code will work to its full potential. Code enshrined for all to see and improve upon.
Thanks,
GerardM
Posted by GerardM at 11:04 pm