#WMDEVDAYS - Redlinks in any language

In #Wikipedia, when you consider Berlin, the capitol of Germany is not the only Berlin in existence. Currently there are 205 Wikipedia articles about the German capitol with an interwiki link and as there are 285 Wikipedias, there are 80 articles either missing or they do not have a link.

For Berlin Connecticut, there are 10 Wikipedia articles. It is likely that the Berlin part is written exactly the same as the German Berlin. It follows that a label for both Berlins is exactly the same. There are many more cities called Berlin in the United States of America... 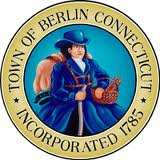 When a label with a description has been added to Wikidata, it means that the existence of a subject has been registered for that language. As a consequence Wikidata knows it has to disambiguate Berlin. It knows that it can show attributes stored for the subject in Wikidata like the seal shown here to the right. This may even be further refined by showing the attributes using the same template as used on the English Wikipedia.

What we do know for Berlin Connecticut is in what 10 languages we have an article. When one of those languages is a language you understand, you may even want to read it ...
Thanks,
GerardM
Posted by GerardM at 2:55 pm