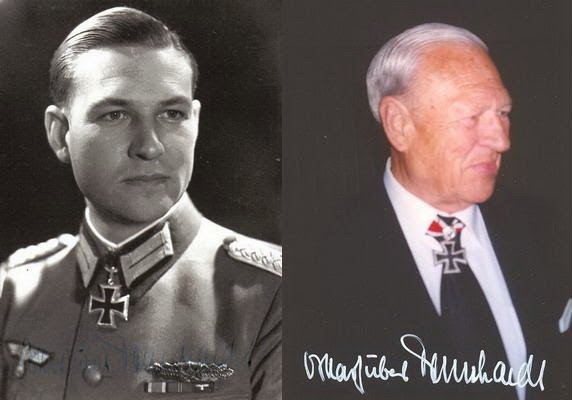 Mr Dennhardt died recently. As with so many people his live had several notable parts. He was a decorated officer and after the second world war, he became an officer in the Bundeswehr and then a politician for the CDU.

When you read the English article, it reads as if his main achievements were all in the second world war. However, becoming a Brigadegeneral amounts to more than just a footnote.

He was also decorated after the war. This is sadly something the English Wikipedia does not cover.

When you look at all the many English articles about German soldiers decorated in the second world war, the point of view is quite marked. They are not about the people involved because when they were, the article about Mr Dennhardt would be more balanced.
Thanks,
GerardM
Posted by GerardM at 1:28 pm