Wikipedia consensus? - It is who you ask but what are the facts 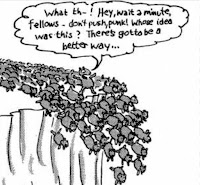 An article in VICE starts as follows: 'Wikipedia consensus is that an unedited machine translation, left as a Wikipedia article, is worse than nothing'. This article is problematic in so many ways, it starts with this premise because the Cebuano Wikipedia does not contain machine translation. It contains machine generated text and, to add insult to injury this same article states: 'the majority (generated articles) are surprisingly well constructed'.

An article like this can be sanity checked. Principles come first;

It is important how arguments are made. When "highly trusted users who specialize in combating vandalism" are introduced and comment that "many articles are created by bots", it does not follow that the quality is low nor that this is to be considered vandalism but the implication is made.

It is a fact that the Cebuano Wikipedia has 5,378,563 articles and also that there are some 16.5 million people who understand Cebuano. There is however no relation between these two facts. More relevant is that the wife of Sverker Johansson has Cebuano as her mother tongue and his two kids learn from their maternal cultural heritage also thanks to the work he does for the Cebuano Wikipedia. That is very much a classic Wiki approach.

Sadly the Wikimedia Foundation itself makes no effective difference in support of the "other" languages it is said. An alternative to the LSJbot was introduced and it may be able to make a difference but as it does not provide a public facing service making it very much a paper tiger. Even worse are the Nupedia notions in the combination of two things: "Due to its heavy reliance on Wikidata entries, the quality of content produced is heavily influenced by the quality of the Wikidata available." and "It can discredit other Wikipedia entries related to automatic creation of content or even the Wikipedia quality.” These notions are problematic for several reasons.

So far the critique of the VICE article, but then again does English not have its own problems?
The biggest problem "Wikipedia consensus" has is that it was formulated in the past by a tiny in-crowd making up the "accepted" big words for the rest of us and worse they can not be swayed from their POV by facts.
Thanks,
GerardM
Posted by GerardM at 9:22 am