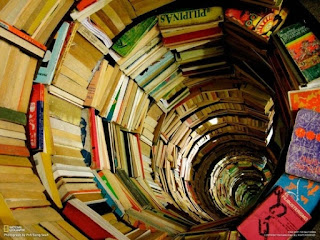 When you start reading Wikipedia, when you continue with a next article and the next, you become part of a click stream identifying what people read and how they get there. It is hugely interesting and dumps for this click stream are available for the English, Russian, German, Spanish, and Japanese Wikipedias.

Just consider; all articles on the same subject have a Wikidata identifier. This makes it possible to aggregate these click streams. When a particular link between articles is popular in multiple Wikipedias, there is a good chance that adding a missing article will be popular as well.

It is always a question if suggestions like this will be taken up, if they indeed prove to be read more than just an average new article in a domain. That is however the subject of follow up research. In the mean time it provides an argument to collect the click streams for any and all Wikipedias. Providing educated guesses of what will be popular stimulates people to write what will be read.
Thanks,
GerardM
Posted by GerardM at 8:57 am 2 comments:

#Wikimedia - #Personal - there is no silver bullet

For everything that ails any of the #Wikimedia projects, there is no silver bullet. To complicate things, there is no agreement what it is that ails these projects mostly because there is hardly any collaboration.

I am not a Wikipedian. I love Wikipedia but I do not identify with it. I have been involved in many projects including Wikipedia and my global account is testament to that. My involvements have been substantial and central in my motivation is: how can we share the sum of all knowledge, how will we reach the biggest audience and have the biggest effect.

I have been called "monomaniacal with my silver bullet du jour". Over time several topics have occupied me and this has resulted in an evolving understanding of what I perceive as issues with what we do and how we do it. When you are interested in how my opinions evolved, read my blog, it runs from 2005.

The English Wikipedia is Wikimedia's success. Its biggest problem; over 50% of its target audience does not speak English. At that, organisational attention in any project attention is mostly for English. There are several solutions possible that help us "share the sum of the knowledge that is available" more widely.

I do promote translatewiki.net for the localisation of the MediaWiki software and I would love to see the Internet Archive and the OCLC to use translatewiki.net and have their services localised in all the languages that Wikipedia supports.

Reasonator is still the best interface on the Wikidata data. Data becomes informative and it makes it easy to add labels in *your* language. In essence this is again all about "sharing in the sum of all available knowledge". Hidden gems are the "Concept cloud" and the QRcode available on every Reasonator page. Reasonator is just one of the many tools by Magnus that makes Wikidata usable.

My main motto is "what is the purpose". When I was particularly involved in Wiktionary, I collaborated with many people in many Wiktionaries and this is where I learned to appreciate the lack of coordination that exists between projects. Thanks to wonderful people like Sabine Cretella, I developed the ideas and in the end a data model for a project that became the basis for OmegaWiki. This data model was inspected and approved by among others Alan K. Melby. Thanks to Jimbo I got into contact with Barend Mons and became involved in bio-medical data and science. The development of OmegaWiki happened parallel to the main work in Wikiproteins.

At this time Wikidata and the opportunities it presents has my interest. Contrary to some, I am not an apologist for everything Wikidata and contrary to what some say, I do not blame the development team but the group pressures that so often result in unhappy compromises and decisions. It is for instance an acknowledged fact that Wikidata descriptions are problematic and that automated descriptions are superior.. "Never mind; it is what we do" is the prevailing sentiment.. (as always).

There is no silver bullet and consequently a result is only achieved after a lot of work. I want functionality that mimics an Algerian project I blogged about way back in 2013. To achieve this I am adding dates to the governorships of all USA states. It allows for queries like this. A next stage will be when a map of the USA is shown with all its states and a slider to move in time. It is then easy to show the governors at that time..

I am not sorry that I keep on returning to issues mentioned it the past, what some people miss is the amount of continuous effort that goes into achieving them.
Thanks,
GerardM
Posted by GerardM at 12:06 pm No comments: 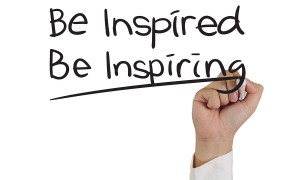 In an answer to the Wikimedia blogpost "Inspire New Readers campaign: Raise awareness of Wikipedia where you live" I replied:


Make sure there is a lot to read. It is counter intuitive but the Cebuano Wikipedia approach with a twist could make a huge difference. The difference; caching generated content and not saving it. Do not mistake the absence of information in hand written articles as preferable over providing no information.

I was asked to expand on it.

My comment was not intended to dwell on the past, given the overload of acrimony not that inspiring, but on a future where we share in "the sum of knowledge that is available to us". The Cebuano Wikipedia is one of the biggest Wikipedias because a bot started with publicly available data on a subject, build a text with variables for the data and build Wikipedia articles from the data. As a result all that data had to be linked in Wikidata and there were a lot of complaints. The one undeniable point; there are errors in the data and even when we fix it, it is not fixed in that Wikipedia.

The twist: the public data is imported in Wikidata first. The text is generated in the same way but it is not saved as an article but cached. It follows that when the data is in error and corrected, the cache will expire and the new text will have the latest and greatest. In this way we do provide information in the local language to the best of our knowledge and ability.

Wikidata has an ever growing amount of data on subjects that are unlikely to generate Wikipedia articles in any language. It does not mean that we could not provide information. What it takes is accepting counter intuitive arguments use tools like Reasonator, make use of the LSJbot and accept that search results should include what is stored elsewhere, something that has been in production on several Wikipedias for years now.

Our objective "share the sum of all knowledge". I will happy when we share the knowledge that is available to us.
Thanks,
GerardM
Posted by GerardM at 7:39 am No comments: 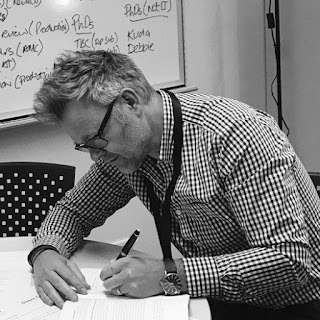 Retraction Watch has a very relevant article for one of the most important resources for medical information: Wikipedia. Its title: “A concerning – largely unrecognised – threat to patient safety:” Nursing reviews cite retracted trials. It is a follow up interview of an article in the International Journal of Nursing Studies with Richard Gray the principal author.

Given that Wikipedia is the most read resource by medical practitioners, the interview has many relevant pointers on ensuring safe practices. I quote them from the paper and with some modifications they apply to any and all sources used in Wikimedia content.


Registering retractions in Wikidata would be a start.
Thanks,
GerardM
Posted by GerardM at 1:48 pm No comments: 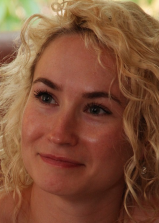 On Facebook I mentioned a 2016 blog post about the Spearman Medal. I checked for missing entries; they were the two 2017 award winners, Mrs Claire Haworth and Mrs Rachael E Jack.

Adding award winners to Wikidata is something I do regularly. It always starts with a search. Mrs Jack was known as "Rachael Jack" on Wikipedia and by drilling down into the ORCID information I found confirmation that this is indeed the same person.

Mrs Haworth is known to ORCID as well, and through a link to a profile, there was a confirmation that it was the same person; the award winner of the Spearman medal.

Typically I do not spend that much time on red links. What I wanted to know is the value of the network. Given the titles of publications known at ORCID, some of the publications of Mrs Haworth could already be found in Wikidata and were linked.

Thanks to all the work done on scholarly publications, scaffolding information for Wikipedia articles become available.. These two ladies are notable if only because of being recipients of the Spearman medal.
Thanks,
GerardM
Posted by GerardM at 1:16 pm 5 comments: 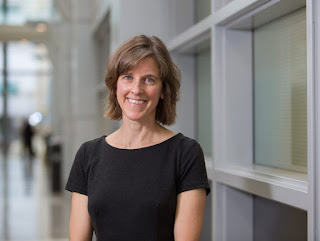 Mrs McLaren is the first author of a paper about the (negative) effects of the cessation of adding fluoride to drink water. Retraction Watch mentioned the aggressive attacks on Mrs McLaren by people opposed to the addition of fluoride to tab water and it refers to an article in the National Post.

Adverts bought from Google may give the impression that something is wrong with the science. Not so. Reason enough to put some positive spin on Mrs McLaren and provide her with an item in Wikidata. You may consider this to be an invite to write a Wikipedia article..
Thanks,
GerardM
Posted by GerardM at 4:54 pm 8 comments: 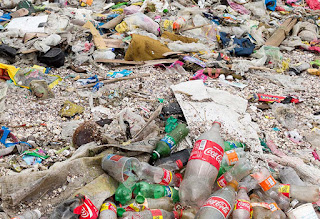 Greenpeace has a reputation on the science it uses to base its actions on. Its objective is one that should be not controversial but it is because it affects business as usual for industries like the plastic bottled drinks of a Coca Cola or the production of oil by a Shell.

Industry has a long tradition of performing research and of keeping it confidential when this is considered in its interest. Another, new strategy is to commission research to find the numbers to shore up its market position.

When the numbers do not add up because reality is different, the last bastion to defend is the integrity of the science and its scientists. Even when a case goes to court, the findings of a judge are disputed when other scientists do not consider the legal findings. In a post at the Dutch Greenpeace website, 5 reasons to dispose of rebate and 12 reasons to reinforce rebate, multiple examples of doctored science are mentioned. Mentioned in a way where research is invalidated by research. When a bad faith actor like the plastic bottle industry buys research, it follows that the research is easily suspect and with the same brush, the organisations, the people involved.

When science is pseudo science, when both Wikipedia and Wikidata use sources to establish points of view it follows that this pseudo science is used to establish a neutral point of view. That is exactly why a Coca Cola invests in these programs; just to shore up its business. Obviously the court cases, the papers trouncing pseudo science should be prominently included. This pseudo science has no place in the Wikimedia projects except when it is obvious for what it is.
Thanks,
GerardM
Posted by GerardM at 11:17 am 779 comments: