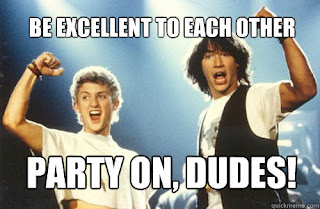 At the "Wetenschap 2030 / Evolutie of revolutie" conference in The Hague it was all about excellence. Confusion set in when the question was raised: what is excellence.

Two big Dutch science funding organisations invited young scientist to consider scientific practice in 2030. It was a great gathering, more than half of the public were women, one prominent speaker told them she had two children and we were reminded that a more diverse team is a more successful team as shown in a recent paper.

One of the introductions set the tone. In science itself there is no room for all of us. It would take exponential funding, funding that is not available. In a few panels the subject of the daily practice was discussed and indeed, it is cut throat. Many people do not share expertise, results; there is no common good, everything to win in a rat race to move up the ladder towards tenure. Some say these practices are on the way out, others indicate that it depends on the field you research.

And then there is this guy from Europe who says, only excellence will get you funding from the EU..

What helps; scientists that may indicate what their primary concern is to be, what they want to be evaluated on; education, research.. Counter intuitively, such focused reviews have the effect that results outside the track benefit as well. In this way it is the university itself who finds excellence and improves its processes.

Another perspective on excellence; what value does research offer. Not to the scholars, nor the universities but to the ones bearing the burden of the costs and expect results. Are these results truly the best that can be achieved, does it reflect cooperation, are the numbers reproducible and the papers readable. For Europe to fund; the proposal must have merit.

My take away message; all those scientists that do not collaborate, back stab and think it acceptable because that is the way it is done, they do not deserve my taxeuro going forward towards 2030. The good news; thanks to Open Science and everything related change is underway but we are not there yet. Important: it does not follow that getting funding is a sign of quality, there is too little money to go around for all proposals with merit.
Thanks,
GerardM
Posted by GerardM at 5:33 pm No comments:

#Scholia: on the "requirement" of completeness 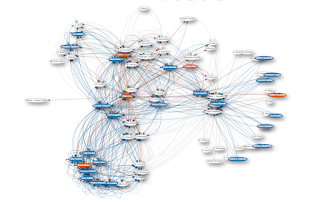 Scholia, the presentation of scholarly information on authors, papers, universities, awards et al is at this time not included in the "Authority control" part of a Wikipedia article. The reason I understand is because Wikipedians "that matter" insist that its information is to be complete.

That is imho utter balderdash.

The first argument is the Wiki principle itself. Things do not need to be complete, in the Wiki world it is all about the work that is underway. The second is in the information that it provides: its information is arguably superior to what a Wikipedia article provides on the corpus of papers written by an author. The third is that with the prospect of all references of all Wikipedias ending up in Wikidata, value is added when a paper can be seen in relation to its authors and citations. It matters when it is known what citations a paper is said to support. It matters that we know the papers that are retracted. The fourth argument is in the  maths of it all; typically scientific papers have multiple authors. It takes only one author with an ORCiD identifier to get its papers included. The other authors have not been open about their work, it is their own doing why they are not known in the most read corpus on the planet. They still exist but as "author strings". When a kind soul wants to remove them from obscurity they can.

As to the "Katie Bouman"s among them? There are many fine people that are equally deserving, that have not been recognised yet for their relevance. Fine people that have a public ORCiD record. For them it is feasible to have their Scholia ready when they are recognised. For the others, well it is not a Pokemon game, it is a Wiki.
Thanks,
GerardM
Posted by GerardM at 9:40 am No comments: 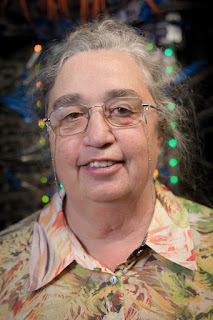 For Lesley Wyborn a Wikipedia article exists. She "built an international reputation for innovative leadership in geoinformatics and global e-research, particularly in the geoscience area" according to the motivation for the "Outstanding Contributions in Geoinformatics" award. Notability, no issue.

When the article was written in 2016, no attention was given to the "authority control" and consequently in 2018 an additional item was created with an ORCID identifier. In 2019 additional work was done and the two items were merged. A Google Scholar identifier and the award was added potentially addressing the issues raised on the Wikipedia article.

Arguably both the Wikidata and the Wikipedia information could be more informative. However, given that both are Wikis that is quite acceptable. It is quite likely that many more papers are already on Wikidata and just need attribution. That is something for others to do.. we are a community remember.
Thanks,
GerardM
Posted by GerardM at 8:29 am No comments: 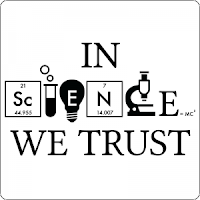 When something drops on my head, it is gravity that brings it down. When I travel to the USA, the shortest route is over Iceland, the world is round. I did not get polio, measles or whooping cough, my parents had me vaccinated. I worked in computing, most of the women were better then the men, my observation, I am happy working for women.

When I read articles in Wikipedia, I know that I can trust it up to a certain level because there are citations indicating that something is true or that a given opinion is held. Its neutral point of view means that equal weight is to be given to opinions but not when it flies in the face of proven facts, the science about a subject. The best news; when scientific papers are retracted, we start to know about this and act upon it in Wikipedia. The nonsense, the preconceptions, the paid for science is to be removed once it is retracted.

In the Netherlands a prominent scientist has been tasked to root out those medical practices that are proven not to work. His work will be hard he will have to deal with vested interests, ingrained practices and a public that wants everything to be as expected. People will still be vaccinated, some medications will no longer be available, some treatments will not be there, they do not work even when you are desperate for them to work..

That is me, now you, when can you trust.. Well it is good to be wary, just consider the numbers. When a politician says he was effective because many drug dealers went to jail, ask yourself why should they be in jail, did your community end up safer? If not, not much was achieved. When scientific papers show the numbers of junks go down when substance dependence is treated as a medical and not as a criminal issue. Wonder what this meant for the communities these people come from. Seek out the numbers and you are no longer talking politics but considering the science of it.

A lot of so called science defends points of view that do not fit facts on the ground. This can be tricky/tough to understand because the difference may be local versus global. World wide, temperatures go up. Our climate is no longer stable and yes, in the USA it has been cold lately.. not so in Europe, Africa, Asia. One thing to consider, is it truly science, peer reviewed and everything or is it to shore up a point of view.. A tell tale is when it is from a "research institute" / "policy institute" paid for by an interested party.
Thanks,
GerardM
Posted by GerardM at 9:32 am No comments: