Science Is Shaped by Wikipedia: Evidence From a Randomized Control Trial 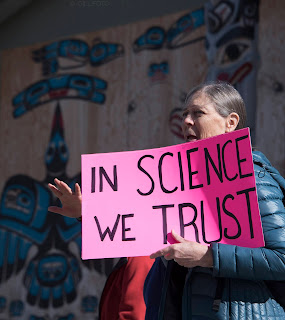 When the cited papers trigger citations, it follows that the new papers represent much of the scientific development of the subject of the Wikipedia article. That makes it obvious that in order to keep Wikipedia articles up to date, it is relevant to know the papers that cite these scholarly articles.

To help editors, Scholia already provides assistance. There is a Scholia for each paper; this one is for the paper I referred to earlier and, there is a random Scholia for a subject identified in Wikidata. Just think what a Scholia specific for a Wikipedia article could be and do.

Maintaining information is a drag and there are many bots that are used to append and amend the information that we have based on what we have in a Wikipedia article. First, there is the Internet Archive bot that save guards information on websites by making a copy for the Wayback Machine. For many of the references we know a DOI and it is easy enough to ensure that we know the associated paper in Wikidata. It is easy enough to make a process out of it for a single paper.

What it takes is a different take on processes; not the traditional serial process with serial results but a  focused process that supports a user story.

In the initial phase of a review of a Wikipedia article, the Wikipedian starts a process that updates all the citations to the existing Wikipedia references. Once the process is done, the citations are known, these papers have been fleshed out with open information and the Wikipedia will know the latest science for the subject reviewed.

Much of the functionality exists, when the user story is supported, it is not only Wikipedians and scholars but also our public that is invited to share in the sum of what we know.

@Wikimedia and its defined #predisposition towards its editors

The predisposition of the Wikimedia Foundation can be found in its mission statement: "The mission of the Wikimedia Foundation is to empower and engage people around the world to collect and develop educational content under a free license or in the public domain, and to disseminate it effectively and globally". Contrast this with a previous version where: "every single human being can freely share in the sum of all knowledge". The Wikimedia Foundation defines the movement with "Wikimedia is a global movement whose mission is to bring free educational content to the world".
It is easy to understand how the Wikimedia Foundation priorities on its communities when developing its programs. The assumption has always been that once the data is available, a public will come. In the second part of its mission statement enabling this dissemination it is defined that the Wikimedia has a defined role for it to play in the global and effective dissemination of the educational content it holds.
When you monitor the effectiveness like I have, then you do not care for promises for the future, you want the data to show how a difference is made. An easy one is to compare content delivery in English against all other languages; English content is slightly less than 50% of traffic, this has been the same for many years. When a Commons project that worked for all languages no longer worked because of a failed text integration, it was seen as "we did not test for that". More importantly, the text integration was not removed. This shows that the second part of the WMF mission statement is not seen as critical.
I am a candidate for the board.  In many ways I am the wrong guy for the job. The wrong guy because I have a platform and I do question the lack of growth in the delivery of the content that we have. For me this is a classic situation where lack of data equals no problem. It is not a bias measured in percentage of Wikipedia articles for one group versus another group, the bias I demand attention for is the percentage of data delivered in a languages relative to the size of the population who relies on this language.
The wrong guy because this is not a popular issue. People are offended when you point out that their point of view implies a bias. People fear they lose out because their hobby horse is a niche project comparatively and not part of the mission statement. The right guy because you can check out my past in my blog that I kept for over 15 years, you will find that I have been practical and on mission for dissemination of our content.
For me it does not matter if I win or lose; the mission itself is critical and I want the Wikimedia board and the Wikimedia director realise that the second part of the Foundation's mission statement is where it could have done so much better.
Thanks,
GerardM
Posted by GerardM at 10:57 am 1 comment:

What to do on the Wikimedia board; imho first things first 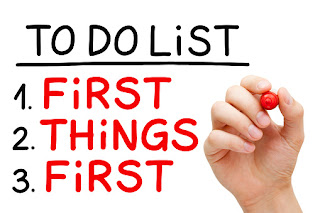 It is a stated objective of the Wikimedia Foundation to have "knowledge equity". When you care to know the practicalities, just search Wikimedia in one of the 200 languages with the least Wikipedia content and compare it with a search in English. English provides you with vastly more of everything.
Nowadays, "knowledge equity" is accepted and strategic at the Wikimedia Foundation. This acceptance is a recent development; gone are the days when a most senior WMF executive stated that one Wikipedia, at most five, should be enough.
Given that we now support some 300 languages, it is the translatewiki.net community has always been the cornerstone to the knowledge equity we provide in our projects. Without its high quality internationalisation and localisation efforts the knowledge equity we provide would not have been possible. It follows that any and all knowledge equity for a culture, a language has as its precondition that the tooling, the environment has been properly localised.
It becomes really strategic when the tooling is provided by outside parties. A key role in ensuring that our references remain available is performed by the Internet Archive. For me it has been on my wish list for a long time that the software of its WayBack Machine, Open Library and FatCat are localised at translatewiki.net. Any and all of our language communities that find the resources will benefit our projects and strengthen us in the shared aim of "sharing in the sum of all knowledge".
When we are to achieve "knowledge equity", the first thing we should provide is a level playing field. With all tools critical for the maintenance of our projects properly internationalised and available for localisation as a movement we achieve the most basic objective; we enable all our communities to be their best.
Thanks,
GerardM
Posted by GerardM at 10:12 am No comments:

Board member of the @Wikimedia Foundation .. for me it is about customer value 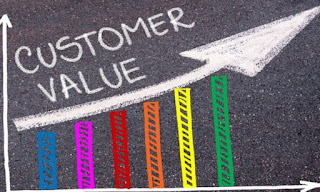 We want more people to make use of our services and we want to provide more and improved services to them.

Commons for instance provides 100% false positives when you look for "bever" with the environment set to Dutch. Old functionality worked really well and it should be easy enough to revert to the full functional version. Research will show if as a result people change their language more pictures are linked to Wikidata and Wikidata gains more labels as a result. When people do search with a string that provides no result, we can search Wiktionary and ask show suggestions for what we find. Oh and when people are from Singapore, why not be biased and show pictures from Singapore first?

One of the challenges for any Wikipedia is the maintenance of lists. Particularly for the smaller projects it is too much of a drain. I have dabbled with for instance lists of African politicians. Arguably information on the current national functionaries for any country should be available and up to date as much as American or European politicians. When a Wikipedia wants to have an up to date list, it should be possible to subscribe to a list. The functionality is to be supported by the Wikimedia Foundation. When for whatever a community does not want such functionality, they can still be pinged when there is some work for them to do.

Wikisourcerers transcribed original works in many languages. As a project Wikisource is great for the sourcerers but for readers ... For some languages websites were created where the finished works have a friendly interface for READERS.. Bringing all the work to a public, is what brings value to all the work the sourcerers put in..

We may not be a commercial organisation but the service we provide is relevant and valuable to our "customers". When you read my blog that has been running for sixteen years, you find that I have been consistent in bringing attention to what we could do to improve our service. Given that we could do so much more, I put myself forward as a candidate for board member of the Wikimedia Foundation. The least I hope to achieve is attention for the results of what we do.

Posted by GerardM at 9:38 am No comments: