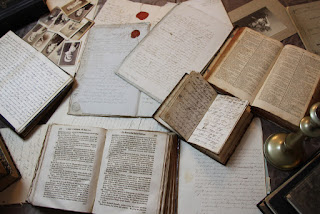 There are four scientific journal published by the Wikimedia Foundation they are:
According to an interview, they offer articles available under a free license at no publication cost. With a platform for publications the next thing is to gain notability for the journal and for its authors.

One way to assess the value of these papers is by checking what Scholia has to say about these papers:
Part of the Scholia information are the links to the authors; not only who has been most prolific as an author but also who has been cited the most. There is one caveat; the author needs a Wikidata item and the more complete the information, the more both the journals and the authors gain in notability..

PS Ladies, the ratio men and females is not really what I would expect for a Wiki journal..
Thanks,
GerardM

[1] The WikJournal of Humanities is under development; its first publication is in the future at this time.
Posted by GerardM at 11:45 am No comments: 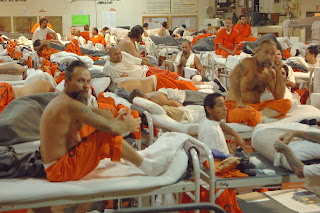 According to #Wikipedia, Edith Abbott was a pioneer in the profession of social work with an educational background in economics.She published, books and scholarly articles, and "The Real Jail Problem" was singled out in the article for special mention.

There is a link in the article, and I am happy to report that thanks to the Internet Archive, it and some 500.000 more scholarly articles may be found there. They are part of the early JSTOR papers and they are now freely available. It is however not the publication by Mrs Abbott, it is by a Robert H. Gault.

Having scientific papers available is wonderful. It is important and it is unlikely they will get lost. However, there is a difference between being lost and being findable. Mr Gault is notable, there was no mention of him in Wikidata, one of his publications was.. Mr Gault is findable when you look him up in VIAF.

However, the article you want to read, a pamphlet according to Mr Gault is where? A book with the same subject can be found at Open Library. The subject of the book is as potent as it was in the day. The arguments are not dissimilar.

Arguably, when you want to cite your sources, they first have to be knowable, then findable and finally readable. Wikidata is making more and more of a difference. When we collaborate with the Internet Archive, we can make those JSTOR papers findable as well. Slowly but surely all these sources becomes findable. Its authors become notable and we will free us from the curse of only reading the latest research.
Thanks,
GerardM
Posted by GerardM at 9:51 am No comments: 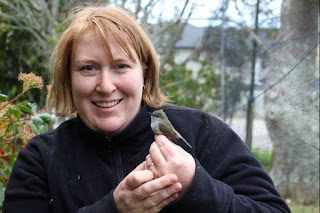 Now meet Margaret Stanley, she is a scientist and, she tweets. Her Twitter name is included in Wikidata and it is highly likely that even though her tweets are her own and, do not indicate the opinion of the institution she works for, what she tweets is credible and well considered.

Margaret is not the only scientist that tweets, there are many of them. More and more of them are included in Wikidata, including their publications, including their twitter handle. One of these scientists, actively encourages female scientists to speak out, seek a platform to encourage women to find their place in science. They twitter, they write Wikipedia articles and they are very much relevant scientists, much of their relevance shines through in their tweets.

Dear Twitter, when scientists have a profile in Wikidata, they personally make a statement. It is theirs. They are as human as everyone else but they are not, as a group, foolish enough to tweet balderdash, nonsense or other stuff you should frown upon.
Thanks,
GerardM
Posted by GerardM at 7:55 am No comments:

#Wikicite: #Research? Eat your own dogfood! 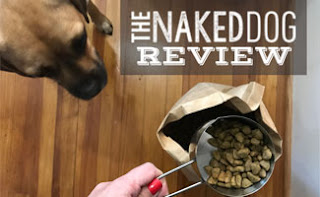 Another piece of Wiki research has been published and you would not know when you look for it in the Wikiverse. The people who are big in Wiki research run this project called Wikicite. It has multiple aspects; publications and there authors are entered in Wikidata. Blogs are written how wonderful the various aspects are of what is on offer in the growing quality and quantity of data and how well an author may be presented in Scholia.

This is all well and good and indeed there is plenty to cheer about like the documentation about the Zika fever that is included but when a subject that is key to the Wikimedia researchers is not as well represented it will never be good enough.

There is a reason why using your own is so relevant; it shows you where your model fails you. WAll kinds of everything like conference speakers are included, many more female scientists are represented as a result of the indomitable Jess Wade but when new research by Wikimedians, professional Wikimedians, are not included, the effort is not sincere; the people that do go to conferences do not learn from the daily practice and that makes Wikicite stale and mostly academic.
Thanks,
GerardM
Posted by GerardM at 7:40 am No comments: 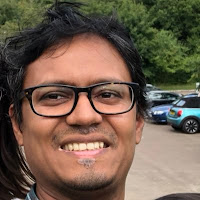 Mr Hussain, a professor at Nottingham University mentioned on Twitter what he would put on his business card. Many of his publications were on Wikidata and after some additional information from Orcid, Mr Hussain looks really good when viewed with Scholia.

He asked me if we could have the Scholia information with a QR code like we do in Reasonator for people with a Wikipedia article.

Having a QR link to information like Scholia would look really good on a business card.. It would also stimulate the colleagues of Mr Hussain to get this well represented.
Thanks,
GerardM
Posted by GerardM at 10:33 am No comments: