Firefox 3.5 has become a reality. I have been looking forward to it. I want to use it. I even went for a monment back to Vista just to install it...

As I am running Ubuntu, Firefox is the default browser but the update manager/ does not have the new Firefox available for me. I expected that Firefox would work the same but so far it has not. I would love to see the same usability on Ubuntu.
Thanks,
GerardM
Posted by GerardM at 8:21 pm 1 comment:

This is my second day that I have been working on a "book sprint". The one thing that I have learned about the process is, that the success is defined by the quality of the people involved. When you combine people like Adam Hyde and Allen Gunn in the mix, there will be something usable at the end.

Having worked for two days with the software used by FLOSS manuals, I am sure that a book sprint can also be done using MediaWiki. The key thing to consider is not so much can you do this, but what is the added value. Writing FLOSS manuals is what FLOSS manuals does and a community has formed around it. Replicating this effort only makes sense when it grows the creation beyond the autonomous growth of FLOSS manuals.

However, when an application is found for writing outside this domain, there might be a point to experiment with MediaWiki.
Thanks,
GerardM
Posted by GerardM at 1:59 pm No comments:

When you assemble people for a conference, you bring together all the people clued in on a subject. The Open Translation Tool '09 conference brought together many of the people who are involved in translation, localisation, content and technology.

Floss manuals has this brilliant notion of a "book sprint". In a book sprint a group of people write a book in a short period of time like up to a week. At the end of the week the resulting document is published and available either as a PDF or in a printed form.
Thanks,
GerardM
Posted by GerardM at 1:45 pm No comments:

Wikimedia messages to reflect our licensing

The "Wikimedia messages" contain messages that are of specific relevance to the Wikimedia Foundation and its projects.

Yesterday new messages were added that will reflect the new reality about the licensing of the WMF. As these messages apply to all Wikipedias, Wiktionaries, Wikibooks, Wikinews, Commons and Wikispecies, it is really important to get this message out.

Please help us translate these messages at translatewiki.net in all our languages.
Thanks,
GerardM
Posted by GerardM at 2:55 pm No comments:

With the news that Wikipedia is going to provide support for video, I am sure that a wealth of information will become available in this way. As video is created everywhere, much of it will not be understood because of it being in this language that you do not understand.

At the OTT'09, the open translation tools conference, I met Ed Zad of dotSUB. DotSUB is a project where people add subtitles to video. The functionality of dotSUB is quite important and I wonder how we will do this for the content for Wikimedia projects. The cool thing is that at dotSUB they are considering making their cool functionality open source.

The last three days I have been to OTT'09, the open translation tools 2009. It has been interesting so far. Given that it is about OPEN translation tools, the public is quite amazing. You have people who are about content, people who professionally translate, people who localise software and people who write tools to support all that.

One of the people I am always happy to meet is Dwayne Bailey of translate.org.za. Dwayne was leading a session on translation and localisation in Africa and for me it confirmed many of the things I think I know but it brought also a new opportunity. I learned about ANLOC, the African network for localisation, one of the things I find awesome is that they have defined requirements for a minimal support for African languages.

The requirements can be on many levels and the cool thing is that with these requirements a website can be assessed. I would really welcome Wikipedia or better even MediaWiki to be assessed.
Thanks,
GerardM
Posted by GerardM at 12:29 pm 1 comment:

A first meeting at the Tropenmuseum

Yesterday I had the priviledge of presenting Commons as a project to the Tropenmuseum in Amsterdam. The Tropenmuseum or museum of the Tropics has not only a beautiful collection but also an important collection.

I am really thrilled with the potential the Tropenmuseum has for us. Their collection is of specific importance to the Indonesian language Wikipedias and to the Dutch and Srenang Tongo Wikipedia. It will also help us to offset some of the bias that is currently in Commons.

In the discussion we explored all kinds of subjects, copyright and licensing, photos and objects, original material and digitally restored material... It was quite exciting. The big reason for the Tropenmuseum to consider making their material available to us is because it will make our cultural heritage available to the world. The existence of the Indonesian and Srenang Wikipedias is really important in this. Another factor was that our community has proved to help with checking out and providing additional information on the images that we have. 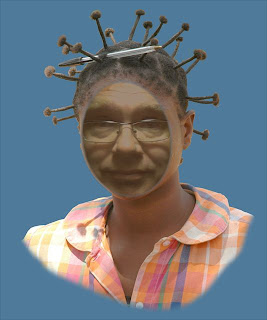 I did have time to enjoy the exhibition areas of the museum. They are fun, impressive and engaging.
Thanks,
GerardM
Posted by GerardM at 10:42 am No comments:

Wikiblame is now supported by translatewiki.net

Wikiblame is now supported by translatewiki.net. This is cool, when you check out the project page you find that languages that have localised the software, are not supported in the software yet.

This is quite something because this may be the first project where the localisation may drive what languages are available for this project.
Thanks,
GerardM
Posted by GerardM at 8:33 am No comments:

I have been playing with the software that is used on the usability prototypes.. I love it. The vector skin is clean and a lot easier on people new to MediaWiki. When you look at the EditToolbar, you find that it can replace the current CharInsert mess.


I hope this new stuff will be available soon. It will make Wikipedia a much nicer environment.
Thanks,
GerardM
Posted by GerardM at 2:14 pm 2 comments:

My old laptop died. The bottom of the screen was black. It died some time ago when I was in New York. That was fortunate because laptops are much cheaper in the US. So I bought a cheap new laptop and was still under the legal limit of what I could import.
The system I bought, a compac presario CQ60 came with Vista. So I started using Vista. After working with it for a few weeks, I found that I had a steep learning curve behind me and came to the conclusion that it did not really work for me. So I decided to give Ubuntu a spin as well.
Now after two weeks of Ubuntu, I have learned that Ubuntu provides me with superior functionality. The version of Vista was "home edition"; when you compare this you find that in a comparison with Ubuntu, it is cripple ware. The things that make Vista professional useful are the same things that are to justify the much higher price.

Given that I do a lot of things on MediaWiki installations, having the same operating system makes it easier. My networking is more stable, the editing of scripts is superior. I think I am going to stick with Ubuntu.
Thanks,
GerardM
Posted by GerardM at 12:53 am 1 comment:

Thank you Miya for fixing the Picture of the Year results. I hope that this effort will translate in improvements in other languages as well.
Thanks,
GerardM
Posted by GerardM at 9:02 am 2 comments:

The POTY results are flawed, and I can not do anything about it 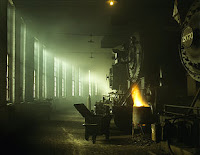 Every year there is a POTY or picture of the year on Commons. This years results has been published and the winner is a picture with Horses on Bianditz mountain.

Many people were involved in the process, the result page is available in many languages and it is wrong. It is wrong because you would expect that Commons would credit the people who created the pictures and who made the pictures of a featured picture quality.

When you talk about digital photos, there is already a problem because how do I know that these horses looked like they do on the picture? In a way it does not matter because the picture is intended to be beautiful and it is. The story is different for the picture by Jack Delano and the picture by Dorothy Lange. These are historic pictures and it is important that their authenticity is validated. These pictures have been restored by Durova.

The two pictures have been restored with care, the work done has been documented, there is a reference to the origin of the file she worked on. There are versions made during the restoration process. All in all these pictures deserve to be in the final.

Restorations are not appreciated. People care more about another moth or panorama. The point is that while these winning horses make a pretty picture, they do not carry the same weight as an illustration on our projects. Restorations are important because of their relevance. Restoring images takes a lot of effort and this work is at least as important as the images by the people who know how to open and shut the diaphragm of their camera.

At the Wikimania in Buenos Aires, there will be a presentation about these pictures and our own restorers may not be credited. That is a travesty.
Thanks,
GerardM
Posted by GerardM at 8:21 am 2 comments: