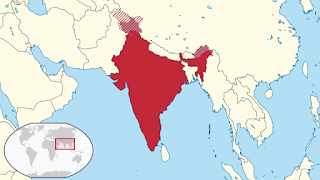 Subhashish Panigrahi wrote about the challenges facing Wikipedia and the languages of India. It is a good article and it is well worth a read.

It presents eight challenges, the one of most interest is that people often feel that their language is not present on the web. The question is how to raise relevance on the web.

When you consider relevant projects in the Indian language, the one that stands out most is Wikisource. It is an easy point of entry to writing in a language; it trains people to use their language in their script. What is to be written is in a scan so language proficiency is not even assumed.

As a member of the language committee I am on record that if there is a credible growth path for a Wikisource particularly when a notable organisation will support the project for at least a year, I want us to allow a new Wikisource as soon as possible.

At the same time we need to consider how to make the effort in Wikisource more visible. I want someone with some "marketing" savvy to consider how to bring our finished projects to potential readers. There are plenty of people in India and elsewhere. Investing just a little will have encourage our projects a lot and it may increase our community a lot.
Thanks,
GerardM
Posted by GerardM at 12:59 pm No comments:

#Wikimedia - how to deal with #diversity 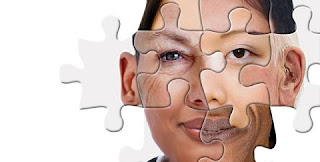 Such analysis are typically made for English Wikipedia only. The same analysis can be made for any other Wikipedia. Emily is an inspiration but the effect she has is mostly limited to English Wikipedia so we need more people to get involved and make a notable difference in the things that divide us.

Great science is repeatable and research on Wikipedia is done best on the data in Wikidata. Queries about the number of entries relevant to diversity are easily done. Restricting information to a particular Wikipedia is not a problem either. The benefit of using Wikidata is that you can determine what a Wikipedia does not know about but what we as a community find notable.

Research should serve a purpose. When notable people do not have an article, it should be easy and obvious how to determine this as a result. This list of female psychiatrists shows who does or does not have an article in the English Wikipedia. Write an article about one of them and next time you run the query there is one person less without an article. This query can be easily amended in any way you like.

Research serves its purpose when it identifies issues and provides pointers how to deal with it.
Thanks,
GerardM
Posted by GerardM at 11:07 am No comments:

As diversity is important and as psychiatry has my focus, it is obvious what to do. I concentrate on Wikidata and among others I made several improvements to the item of Mrs Caplan. One thing was missing so I asked for a photo to be published under a free license.

Mrs Caplan was underwhelmed with Wikidata, yes I showed her "Reasonator" but the information is incomplete. She send me this photo and her resume and she informed me that the Wikipedia article about her is incorrect in places.

So the challenge is to improve her article, do justice to who she is and the relevance of her work in psychiatry. Evaluate it and seek a neutral point of view of what her science tells us in other articles as well.
Thanks,
GerardM

Posted by GerardM at 9:08 am No comments:

When the Wikimedia Foundation is to learn one thing from Google to improve its search, you can find the basics in the above image. When you consider it carefully, it is all about compartmentalising. What Google offers are distinct categories of results and, these categories exist in our projects as well.


We do not need much funding to provide search in this way. We will do a better job at fulfilling our mission. What do you think?
Thanks,
GerardM
Posted by GerardM at 8:23 am No comments:

Women who make their mark in psychiatry are underreported. Currently Wikidata knows currently about 366 female psychiatrists. Many of them have been off the trodden path, many of them have expressed opinions that are very much in contrast with what is generally accepted at true.

I learned about one person, Mrs Paula Caplan because her books and publications were not accepted on a forum that is supposed to support people. Mrs Caplan is a decorated psychiatrist, a professor it is just that a corporate sponsor did not like what she had to say. One of the awards she received, the Christine Ladd-Franklin award she shared with another professor; Mrs Lisa Cosgrove. When you read her resume, it is not strange to find that she does not have a Wikipedia article. Her work addresses the problems and ethical dilemmas that arise in the mental health field (especially in psychiatry) when there are financial ties between the pharmaceutical industry and researchers or professional organizations.

One way to chip at the gender gap in our Wikimedia world is by adding info about all the remarkable women of psychiatry in Wikipedia or Wikidata. When you read about all the missing people, it becomes obvious how much work there is to do justice to them and to their work.
Thanks,
GerardM
Posted by GerardM at 8:47 pm No comments: 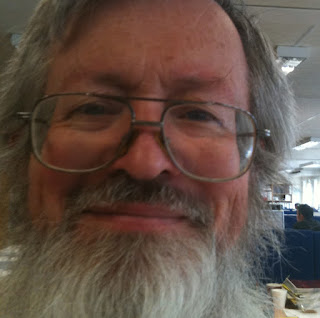 As Wikidata matures, so do its contributors. Death is part of life and it is with sadness that we learned that Filceolaire passed away. He was a very active and well liked man.
Thanks,
Gerard
Posted by GerardM at 8:19 am No comments: 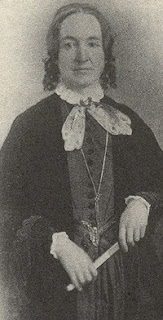 The term "anti-psychiatry" is seen as derogatory. By being labeled as such, many arguments are dismissed. For this reason it is reasonable that the case of Mrs Packard is adorned with the template of "anti-psychiatry" after all she founded the Anti-Insane Asylum Society and wrote several books to make her case.

Mrs Packard was committed to an asylum because a husband could have his wife committed without either a public hearing or her consent. She disagreed with him about religion and the couple also disagreed on child rearing, family finances, and the issue of slavery. In 1863, in part due to pressure from her children who wished her released, the doctors declared that she was incurable and discharged her.

Mrs Packard wrote several books about and founded the "Anti-Insane Asylum Society". In 1867, the State of Illinois passed a "Bill for the Protection of Personal Liberty" which guaranteed all people accused of insanity, including wives, had the right to a public hearing. She also saw similar laws passed in three other states.

Posted by GerardM at 7:47 pm No comments:

#Wikimedia Foundation - its importance is overrated 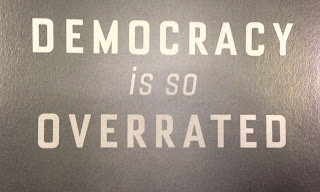 The Wikimedia Foundation has a board. It consists of people that are selected in several ways. Some are elected by the community and some are selected by affiliate organisations; the chapters.

An election is due for board members that will be elected by the chapters. Typically chapters have members and it is they who may influence their chapter to vote.

Taking part in an election is typically done in private. It is up to a chapter representative to seek/listen to suggestions of its members.

Given how little influence the "community" has in this, it is stupid to waste resources and translate what the candidates for the board of the WMF have to say. The representatives of a chapter have been entrusted with the job and they may do as they see fit.

Lets be realistic and not waste resources.
Thanks,
GerardM

Email ThisBlogThis!Share to TwitterShare to FacebookShare to Pinterest
Labels: board elections, Wikimedia Foundation

#Wikimedia - the #adoption and #development of #functionality If there is one chasm between developers and the "community" it is how functionality is perceived. A well known graph explains much of the pain. Software once developed, goes live. When it does for software like MediaWiki everybody in the community will be confronted with the new functionality at the same time. Adoption according to the graph is very much absent.

Some software can be implemented without much opposition. Great examples were the implementation of functionality that improves performance or the implementation of Wikidata to replace the old interwiki links. It is rather obvious because the average Community Joe does not really notice either. When they hear that things improved they are mostly happy for a job well done.

When Community Joe hears about new functionality is relevant. Development is discussed in its own environment but for most people new software is news at the time of deployment. For developers production is end of the line; time to move on. In a typical process from moving from design to a working product, things change. It will not work completely as anticipated even when the best user interface experts were involved. People expect magic and they get what humans can make.

When the community is involved in architecture, there is an even bigger chasm. Many community members are well qualified to argue their case. There are many of them and typically they get disappointed.

After the recent upheavals, it is time to move on. I have participated in the "Inspire campaign" with two ideas. I do not expect much but by expressing these ideas in a place where they are likely to be seen they have a better chance.

What is your idea? What does it take for you to be "inspired"?
Thanks,
GerardM
Posted by GerardM at 7:03 pm No comments: 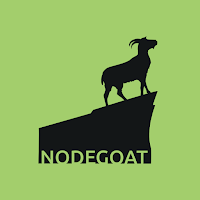 The BBC featured an article about all the battles of the world in space and time. The cool thing is that the people from Nodegoat used data from Wikidata and DBpedia and consequently the article is not about Wikidata but about what you can do with its data.

Nodegoat enables people to bring data together and visualise it in a way so that people can comprehend it. The BBC article describes the "Geography of Violence map"; it includes data about all known battles ever that include place and time information. Most of the data is from DBpedia and some of it is from Wikidata.

There are two issues to consider;

When Nodegoat is available at Wikimedia Labs, it will enable people to come up with new ideas, presenting data that is otherwise obscure. They will find that much data is missing or wrong and at Wikidata they can improve the data as they see fit. Lab1100 is considering what license for Nodegoat and when we would make Nodegoat available at Labs, it would give them a firm push towards a free license.

DBpedia is a real strong project; it has gleaned a lot of data from Wikipedia and its quality is high. When there is an error in the data you can only change it in Wikipedia and wait for DBpedia to update. With Wikidata you can update the data itself. The data that is included was largely retrieved with similar routines used by DBpedia so it actually makes sense to collaborate with DBpedia and have them update Wikidata as well. 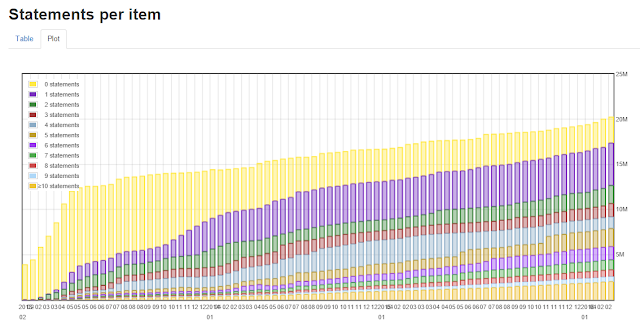 Slowly but surely we are getting to the point where ten or more statements is too big much as it no longer satisfies our need to know. It is a good thing that wiser heads will determine when that will be :)

PS At Wikidata we are doing great :)
Thanks,
GerardM
Posted by GerardM at 3:04 pm No comments: