#Wikipedia versus the sum of all knowledge

Today #Wikidata is celebrating. Its achievements are great. The developments over the last three years have made a difference. Expectations for the new year are good; the glass is filling and half full and the air above is buzzing with ideas.

I comment often on things Wikidata. Most often I have a point, sometimes I am wrong but that is the prize for independent thought. <grin> Blazegraph for instance IS the SPARQL software Wikidata uses. </grin> It is like templates, it is another language to learn and I am spoiled having used Magnus's wonderful toolset featuring WDQ.

As Wikidata matures, it will be a challenge for Wikipedia to adapt. Business is not as usual. It is not the WMF introducing technical novelties, it is another community that knows Wikipedia intimately well and knows where the skeletons are hidden. Wikipedia has never been about the sum of all knowledge. At most it is the knowledge that is deemed notable in one language at a time. Wikidata knows about all knowledge that seems notable in all Wikipedia languages. Wikidata is expected to indulge in "article placeholders". Guess what, they will include what is deemed not to be notable but what is notable elsewhere. Article placeholders as I understand them, will be generated texts. They will not be always that easy or obvious to create. Thankfully we still have Reasonator to fill in the gaps.

The future will be great particularly when Wikipedia is able to adapt.
Thanks,
GerardM
Posted by GerardM at 10:28 am No comments:

#Wikidata - #Blazegraph does it matter? 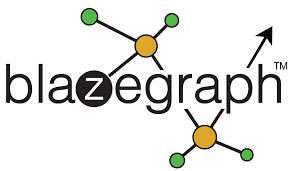 In an argument that is hardly of relevance for all of us, issues about Wikidata centre around a tool called blazegraph. The tool is server based and as we do not all have a spare server to run a tool like this what does it take to make this relevant?

When issues with a tool have an impact on Wikidata, it is hardly a problem for the rest of us. When people make points like this they are in "insularly thinking mode", it is self centred on them and their ivory tower peers.

This mode of thinking can also be found in their tools that puts them in places where mere mortals do not venture. When asked, Wikimedia Labs is maybe for later. At issue is that integration of such tools for the rest of us is not considered. Labs is exactly there to have all the tools and share result and integrate for better results.

When tools like Blazegraph are only available in proprietary settings, arguments about this kind of proprietary use should be irrelevant. This does not need to be. All it takes is the installation of Blazegraph in a Wikimedia Labs setting for the "rest" of us.
Thanks,
GerardM 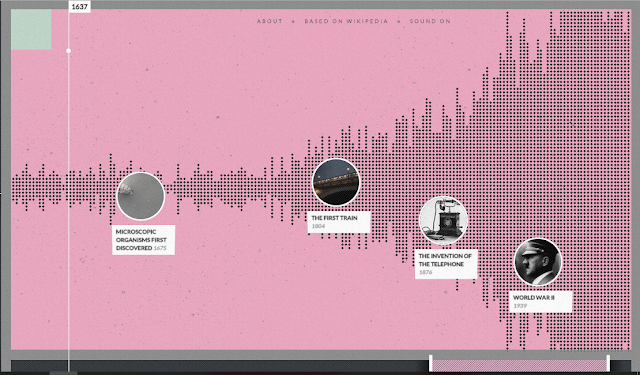 If you have not seen Histography yet, go and see it first. It is really great fun. Chances are that you do not get back to this blogpost :). Histography is a wonderful user interface created as a final project in Bezalel Academy of Arts and Design.

There are several things that peek my interest; it says: "The site draws historical events from Wikipedia and self-updates daily with new recorded events." They may have written their own software, they may have used Wikidata for it. Suppose that the software is freely licensed and suppose that it uses Wikidata.

Straight away it becomes a potential user interface for all kinds  of tasks. It may use labels from other languages making it multi lingual. It may show the items where there is no such label in a different colour inviting you to add labels, It may even invite you to write a Wikipedia article in that language.

Histography is a wonderful approach. The beauty is not only in what it does, it is also in what it can do.
Thanks,
GerardM
Posted by GerardM at 8:19 am No comments: 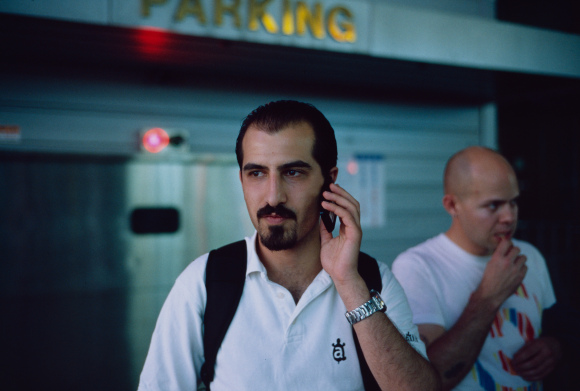 When the Wikimedia Foundation asks on its blog to campaign for a Wikipedian who has gone missing.. How can I not express my regret that this is necessary and how can I not mourn the destruction that is happening in Syria.

Free Bassel Khartabil !!
Thanks,
GerardM
Posted by GerardM at 7:42 pm No comments: