Jack needs help, so do we and, so do our audiences 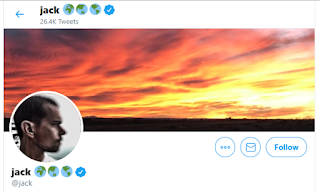 Jack penciled his aspirations for Twitter in a tweet. In it he states: "... Second, the value of social media is shifting away from content hosting and removal, and towards recommendation algorithms directing one’s attention. Unfortunately, these algorithms are typically proprietary, and one can’t choose or build alternatives. Yet."

It is good news that Jack seeks a way out, he intends to hire a "small independent team of up to five open source architects, engineers, and designers" and "Twitter is to become a client of this standard"..

In the Wikimedia projects we have similar challenges and opportunities. We cannot expect for all kinds of reasons that scientists who are very much in the news (aka relevant) there to be a Wikipedia article Dr Tewoldeberhan is a recent example but there is no reason why we cannot have her, her work and the work of any other scientist in Wikidata. With tools like Scholia we already have a significant impact by making more known that just what may be found in a Wikipedia. Jack, we do know many scientists by their Twitter handle, they already make the case for their science on Twitter. This makes it easy for you to link to and expand on Scholia. What we give our readers is more to read so that they can find conformation for what they read.

Jack, Wikidata is not proprietary, Scholia is not proprietary and the Wikimedia motto is "to share in the sum of all knowledge". Together we can shift focus from what we have read before in the Wikipedias to what there is to read on the Internet. Put stuff in context and bring the scientists who care to inform about their science in the limelight.

What we do not have is the pretense that we cover everything well. we do aim to cover everything notable well. What we provide is static, Twitter is much more dynamic and together we will change the landscape. Great technology combined with both the Twitter and Wikimedia communities has the potential of being awesome.
Thanks,
GerardM
Posted by GerardM at 5:59 pm