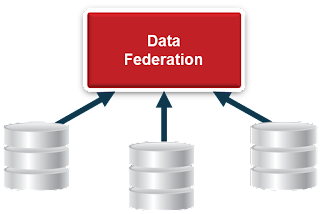 Federation between DBpedia and Wikidata became possible. As a consequence, the results of a query that runs on DBpedia can be linked to Wikidata.

Some time ago people at DBpedia created a wonderful query that shows differences between DBpedia and the Dutch and Greek Wikipedia. It received approval from the Dutch Wikipedia community.

With federation something much more interesting became possible; a federated query comparing Wikidata with one DBpedia at a time. When the query runs, current data from Wikidata and DBpedia is presented.  When a Wikipedia associated with  DBpedia changes, DBpedia may import the differences from a RSS-feed and consequently running the query again will show the latest differences.

Updating information about one particular type of statement like date of death, place of death or whatever, will always be based on the current differences.. Experiencing the results in this way is truly motivating. Federation is an instrument that can helps us improve the quality of either federated system.
Thanks,
GerardM
Posted by GerardM at 2:49 pm