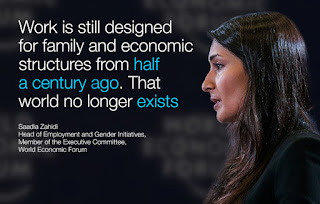 Mrs Saadia Zahidi came first to the attention of the Wikimedia movement because she featured in the BBC's 100 Women both in 2013 and 2014.

The BBC is really British but the conclusion that Mrs Zahidi is British is a stretch. She studied at three universities; two in the USA and one in Switzerland. She grew up in Pakistan and is a member of the Executive Committee of the World Economic Forum also in Switzerland.

It is easy to claim relevant people as being part of a group. The urge to classify is obvious but classification is inherently discriminatory. With people this is more or less accepted. For Mrs Zahidi her affiliation with the World Economic Forum is missing but she is at least recognised as an author, It was easy enough to add {{authority control}} in her Wikipedia article.

Classification is a hot button subject at Wikidata. There are those like me that resent this weird notion that subclasses are a good thing to have. There is a lengthy discussion about the validity of subclasses for guns, spacecraft and such stuff. It is so convoluted that you need to be an expert to understand the classes in the first place. What makes this nonsense so infuriating is that it makes Wikidata solidly a one maybe few language resource. The argument that it combines things that are the same can be easily ignored because proper statements and a query provide the same result.

Classification is discriminatory. In the past an explanation was asked and not forthcoming. It is wrong to call Mrs Zahidi British. At best she lived or lives in the UK. It is wrong to have tiny subclasses it largely prevents the use and usefulness of Wikidata.

As a movement we should hold back our urge to classify. Classification is a judgement; we should be more descriptive.
Thanks,
GerardM
Posted by GerardM at 7:12 am