#Statistics or how many researchers are a #physicist 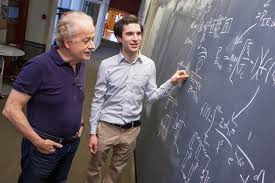 At @Wikidata most "researchers" are given this "occupation" out of convenience. We do not know how to label them properly, there are too many, so as all scholars must be researchers we make them so.

Nothing inherently wrong here; it is better to know them for what they also are then to know nothing about them at all. One issue though; we do not know the physicists from the chemists, from the behaviorists or any other specialism in science. We can query for physicists anyway but we will not catch them all.

Queries that show the numbers for a profession are easy enough to make. The value of such one time wonders is minimal, the results are fleeting, any moment now another scientists like Walter Hofstetter may become known to be a physicist and the numbers are no longer true. They are useful when we run queries like these regularly, save the results and present them like Magnus does for Wikidata itself.

What it takes is a mechanism that mimics Magnus's approach. We gain an insight in how Wikidata is performing over time and it provides motivation for people who care, for instance about physicists.
Thanks,
GerardM
Posted by GerardM at 8:02 am