Comparing datasets, bigger or better or it does not matter? 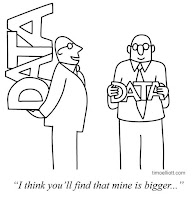 When Wikidata was created, it was created with a purpose. It replaced the Wikipedia based interwiki links, it did a better job and, it still does the best job at that. Since then the data has been expanded enormously, no longer can Wikidata be defined by its links to Wikipedia as it is now only a subset.

There are many ongoing efforts to extract information from the Wikipedias. The best organised project is DBpedia, it continuously improves it algorithms to get more and higher grade data and it republishes the data in a format that is both flexible and scalable. Information is also extracted from the Wikipedias by the Wikidata community. Plenty of tools like petscan and the awarder and plenty of people working on single items one at a time.

Statistically on the scale of a Wikidata, individual efforts make little or no impression but in the subsets the effects may be massive. It is for instance Siobhan working on New Zealand butterflies and other critters. Siobhan writes Wikipedia articles as well strengthening the ties that bind Wikidata to Wikipedia. Her efforts have been noticed and Wikidata is becoming increasingly relevant to and used by entomologists.

There are many data sets, because of its wiki links every Wikipedia is one as well. The notion that one is bigger or better does not really matter. It is all in the interoperability, it is all in the usability of the data. Wikipedia wiki links are highly functional and not interoperable at all. More and more Wikipedias accept that cooperation will get them better quality information for its readers. Once the biggest accept data as a resource to curate the shared data the act of comparing data sets is improved quality for all.
Thanks,
GerardM
Posted by GerardM at 10:16 am