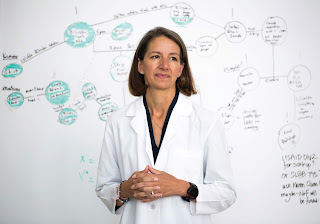 A text on the Internet read: "She’s Rice’s first-ever MacArthur grant winner. But her real claim to fame? Her clever medical inventions might just save your life." It is not as if I know her even though I added to her Wikidata item in the past .

I looked her up because she approves of the NEST360° organisation on Twitter. It is an organisation committed to reducing neonatal mortality in sub-Saharan hospitals by 50 percent.

Such organisations deserve a place in Wikidata, it has members I am adding. I consider it part of my "Africa project" even though it does not have a place there yet.

Yesterday I added an item for "neonatal care" and all the papers that are already included in Wikidata  about neonatal care need to be associated with the subject. Scientists like Prof Joy Lawn are to be marked for their specialty.

How is it possible that it takes a 60 year old white male from the Netherlands to add something this basic to Wikidata. We are talking about more yearly deaths than Ebola..
Thanks,
GerardM
Posted by GerardM at 4:22 am