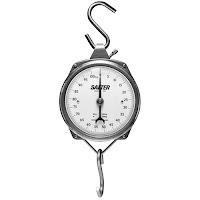 At Wikidata there is always more to do and as a volunteer you make the biggest impact when you concentrate on specific subjects. I do not scale enough to do everything I would like to do.

There are a few area's where I aim to make a difference; of particular concern is where we do not represent a body of knowledge/information in Wikidata. At this time the favour scientists particularly women, young scientists and scientists from Africa.

To make my work scale, I twitter and blog. I latch on to the great work done by Dr Jess Wade. She writes articles on well deserving scientists and I aim to add value for those scientists on Wikidata. Typically I add professions, alma maters, employers and awards. In addition I add "authorities" like ORCiD, Google Scholar and VIAF. This is important because it enables the linking of scholarly papers already in Wikidata or known at ORCiD. I can more or less keep up with Jess and, I happily add information for any and all scientists I come across on Twitter.

While doing this I learned of the Global Young Academy and as a side project started adding scientists who are member of the GYA or one of affiliated organisations to Wikidata. I am so pleased  I got into contact with Robert Lepenies. Robert is happy with the opportunity that a Scholia provides for an organisation like the GYA, for him and for all the young scientists involved. We collaborated on completing the lists on many wikipedias, Robert added many scientists to Wikidata and is now battling to keep the pictures of these young scientists on Commons...

What is crucially important for me is that Robert advocates an open ORCiD profile to scientists worldwide so that they may have their Scholia. Both Robert and I do not scale and what would help us most is an easy and obvious way that enables any scientists to start a process that will include all his papers from ORCiD, will update the known co-authors and instruct in what they can do to enrich their Wikidata / ORCiD / Scholia profile even more.

I am now working on African scientists and yes, I would appreciate some help.
Thanks,
GerardM

PS my wife would like this scale to be enough for me
Posted by GerardM at 12:14 pm