Wikicite from the ground up: a call to action 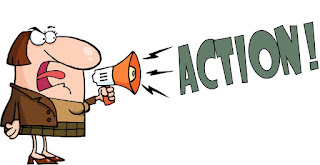 Many of the world's ecological systems are under thread. All kinds of reasons may be given and there is an interplay between the many causes that affect a downward spiral. Similar patterns can be found in many places and when these patterns are broken up, an ecological restoration may be one of the consequences.

I was called stupid when I said that water management is essential and suggested that beavers in California could do a lot of good. Beavers have been extinct in California for over 100 years, the many gullies in a watershed rush water straight to sea. Consequently the water table is not restored resulting is an increase in the risk of fires. So I am stupid, but at least I read some papers lately.

I follow the Mulloon Institute on Twitter, they have been restoring the watershed of the Mulloon Creek, this Australian project has been running for more than 10 years and apart from all the other benefits it restored profits to farmers by 60%. To underpin their results, they perform scientific research with the aim of convincing incredulous farmers and government to consider alternatives. This project is recognised by the United Nations as a research project.

One of the papers they produced is about a possible reintroduction of the Green and Golden Bell Frog in the Mulloon catchment. I understand this paper to be about  an indicator species. From a scientific point of view, there are no issues, the paper is richly referenced and when you want to read scientific papers about the Green and Golden Bell Frog, check out its Scholia..

The problem is that like so many papers, it does not have a DOI and the best insurance for it being available in the future is the "Wayback Machine". It was not known there and it is now.. When papers are to be known to the general public, adding a paper like this to Wikidata is a next step.

More can be done; for instance adding the references in the paper to the Wikidata item. Maybe there is an update about an introduction of the Green and Golden Bell Frog in the Mulloon Creek, who knows.. I did not find it.