The @Wikimedia's #endowment aim is to reduce risk. 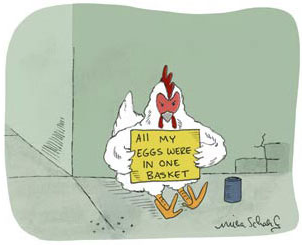 When you assess risk, when the purpose of the Wikimedia's endowment is to ensure the future operation of Wikipedia and probably other projects like Commons as well, money is not the only risk to consider.

The current government of the USA operates in a way that poses no or little thread to the continued operation of the WMF. However, the USA is a two party system and the same can not be said when the Republican Party is to return to power.

The WMF does not need to use the endowment to make this happen. Given its current finances, it should be an operational decision.
Thanks,
GerardM
Posted by GerardM at 12:07 pm