The Dutch chapter organised its start of the New Year again in a Museum. What was not clear was that you had to register because there is a limit to how many people can have a tour at the same time. It was SO popular, that it was oversubscribed before this registered on most of us. The Teylers museum prepared a spectacular tour for us; it included a look at the first print of the Diderot and  d’Alembert encyclopaedia.

For the Wikipedians this is obviously a treat: seeing the first Western encyclopaedia and knowing that Wikipedia is just the latest incarnation of what started in the Enlightenment is quite awesome. 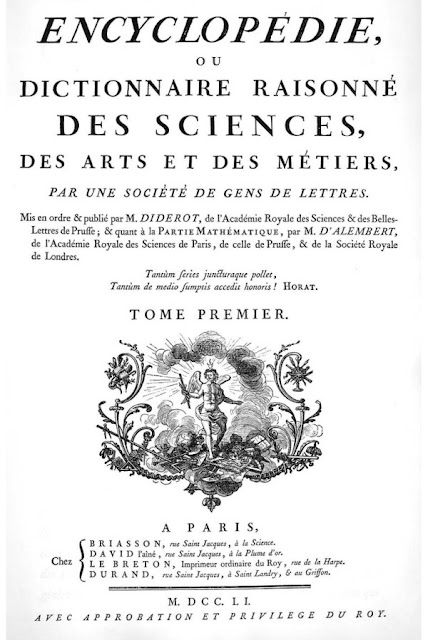 At the reception it became clear how many of the regular Wikimedians were absent. However, when several of the people present participate in the Teyler's writing challenge,  it will be proven well worth it.

Other subjects that were discussed were quite diverse as well;

All in all a magnificent start of the year for Wikimedia Nederland.
Thanks,
GerardM
Posted by GerardM at 10:31 am

As I recall it (website) it was clear that you had to register. :-)