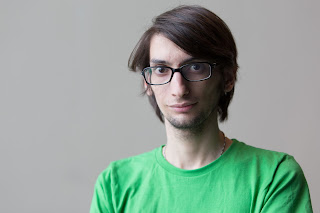 The quality and quantity of Wikidata relies heavily on technology. When the people who develop their tools collaborate, the results increase exponentially. Amir has made his mark in the pywikibot environment and now he spreads his wings with Kian.

I have mentioned Kian before and I am happy that Amir was willing to answer some questions now that has over 82,000 edits.
Enjoy,
GerardM


Kian right now is a tool that can give probability of having certain statement based on categories but the goal is to become a general AI system to serve Wikidata.

Why did you write Kian


Huge number of items without statement always bothered me and I thought I should write something that can analyse articles and take out some data out of articles.

How is Kian different from other bots


It uses AI to extract data, I have never seen something like this in Wikipedia before. The main advantage of using AI is adaptability. I can now run Kian on languages that I have no idea about them.

Another advantage of using AI is having probability which can be useful in lots of cases such as generating list of mismatches between Wikipedia and Wikidata that shows possible mistakes in Wikidata or Wikipedia.

Is there a point in using Kian iteratively


With each run of Kian Wikidata becomes better. After a while we would have so much certainty in data that we can assure Wikipedia and other third party users using our data is a good thing

What can Kian do other bots cannot do

Another one is adaptability of adding broad range of statements with high accuracy.

What can Kian do for data from Wikipedias in "other" languages


We can build a system to create these articles in languages such as English since using Kian now we have data about those articles.

Let me give you an example: Maybe there is an article in Hindi Wikipedia, we can't read this article but Kian can extract several statements out of that article. Then using resonator or other tools we can write articles in English Wikipedia or other languages.

What question did I fail to ask


Plans about Kian. What I'm doing to make Kian better. Hopefully we would have a suggesting tool using Kian very soon.

What does it take for me to use Kian

Does Kian use other tools


Yes, right now it uses autolist which makes it up-to-date.

What is your favourite tool that is not a bot


Autolist, Wikidata can't go on without this tool.