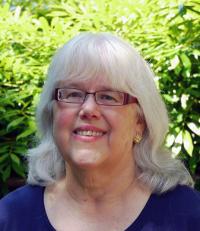 The Samuel Torrey Orton award is conferred by the International Dyslexia Association. It is named after Samuel Orton who was a pioneer in the field of dyslexia.

Mrs Berninger was added to Wikidata because she is the 2015 recipient of the award. It is my intent that Wikidata slowly but surely knows about the more recent award winners, one at a time. It so happened that two of my projects intersected; adding information about female psychologists and awards. Mrs Margaret J. Snowling received the award and this bit of data was added.

My notion of quality for Wikidata is that items need their statements and that more links are better. This allows for all kinds of statements. linking awards to the conferring organisation, the website of an award or an organisation, other awardees.

The funny thing is that adding Mrs Berninger may encourage Wikipedians to write an article about her or at least add her to the list of award winners :)
Thanks,
GerardM
Posted by GerardM at 10:04 am