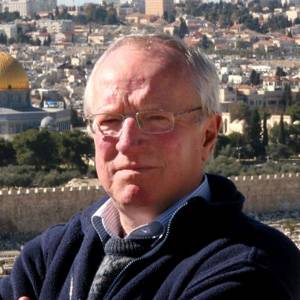 I read an article, I found what was written astounding and signalled that I had to read it again to really understand what is said and what it implies. The article was published in a quality newspaper; the Independent. The reply that I got was: "Indeed. And it's Fisk, so you can't just pretend it is an obscure journalist talking about something that may have happened..."

As I did not know Robert Fisk, I looked him up. I checked his Wikipedia article and found that he has indeed a reputation that is really good. He received many more rewards than was known at Wikidata so I added several and it is fun to establish the quality of its sources. For the Lannan Cultural Freedom Prize the Lannan website says it all. It is linked on the item for the award and that should suffice. For the Amnesty International UK Media Award it is not so obvious. It is conferred by te UK branch of Amnesty International and it has no dedicated page for the award. I added the award, the chapter and had a look at the pages for the award ceremony for each year. These Wikipedia articles refer to webpages that no longer exist.

For the Lannan Cultural Freedom Prize I added the other recipients because it gives some insight in the relevance of the award. I did not do this for the Martha Gellhorn prize for journalism.

The point of this all is that reputation amounts to trust about the message that is written. Read the article, it is likely that you are not familiar with the Wahhabi belief, a subset of Sunni Islam that is practiced in Saudi Arabia. The article is about 200 Sunni scholars that denounce the Wahhabi belief. Several major scholars are involved. Have a read and have a think, the article is by a major journalist published in a major news paper about something that is not without consequences.
Thanks,
GerardM
Posted by GerardM at 8:35 am