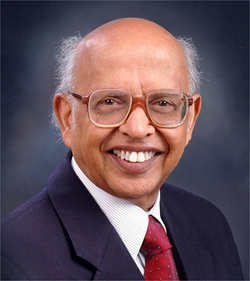 Professor Swarup received the TWAS prize. The TWAS Prize is an annual award instituted in 1985 by The World Academy of Sciences to recognise excellence in scientific research in the global South. It follows that when attention is given to scientists like Mr Swarup, it should be easy to link to other scientists, particularly those from the global south.

With twenty two awards Mr Swarup does not disappoint. Many of the awards are from India; one of the conferring organisations, the Indian Science Congress Association, lists 41 awards. Its rule that a scientist can now receive only one award in his lifetime indicates how many scientists are recognised by the ISCA.

Making the TWAS prize winners more complete by adding the awards helps to improve the diversity of scientists. It is not only women who have not been fully recognised it is also the scientists from the global south.
Thanks,
GerardM
Posted by GerardM at 7:12 am