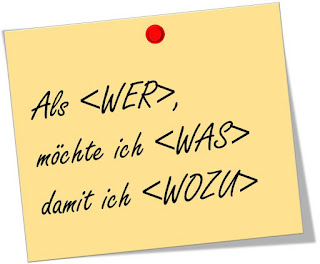 User stories are important. They indicate why a certain functionality exists or the purpose of a project. A "user story" has a fixed format:


As a <insert a role> I would like to <insert an activitiy> so that I <insert a purpose>.

One user story is: As a Wikipedia editor, I can link an article to articles in other language(s) so that a Wikipedia reader can find an article in a language he or she can read.

Another user story:  As a Wikidata editor, I can maintain statements on Wikidata items so that Wikipedia readers always have the latest information available to them.

The first user story has been a resounding success. It is why Wikidata was relevant from the start. The second is very much a work in process and it depends very much how the current state of affairs is evaluated. There are dependencies for the efforts of so many to have an effect;

To help these Wikipedia gatekeepers there is a need for tools that makes them aware of the information they do not provide.
Thanks,
GerardM
Posted by GerardM at 5:27 pm