The CDC and its National Center for Immunization and Respiratory Diseases 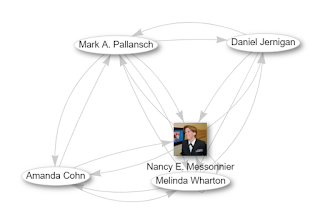 Because of the COVID-19 pandemic, there is so much attention to every aspect of it; the epidemiology, virology, vaccination, co-morbidity. Mix it with a heady mix of economics, profiteering and graft and what are you to think of it all. What is fact and what is not.

When I read that there is an "Outbreak Management Team" in the Netherlands, an advisory body to the Dutch government, I had a look. I added all the known scientists to Wikidata, looked for "authority identifiers" and attributed some of the papers that are likely theirs to them. It generated a really nice Scholia for them and the team as well.

At first I wanted to do similar European organisations but it takes quite some effort to find them. So I took the easy route and went for the CDC. Its organisational chart contains a wealth or smaller orgs among the the NCIRD and it has its own organisational chart. I did the same routine, adding the obvious scientists to Wikidata, looked for the authority identifiers for them, attributed papers.

The best bit? While adding people one at a time, you see how the Scholia evolves. Authors are reordered based on their number of papers, you find the ones that are co-authors and colleagues. The latest papers are shown first.. It is nice. However, this is management only, I cannot wait and see it evolve as staff finds its place in the Scholia as well.
Thanks,
GerardM
Posted by GerardM at 7:36 pm