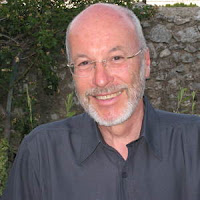 Mr Stroebe is an emeritus professor, a psychologist who worked for German, American and Dutch universities. From 1992 he worked at the university of Utrecht but that does not make him Dutch.

People could be mistaken for him being Dutch because the description on Wikidata says so: "Dutch social psychologist". Disambiguating Mr Stroebe with Reasonator shows clearly the qualitative difference between automated and manual descriptions.

Never mind.
Thanks,
GerardM
Posted by GerardM at 8:35 am