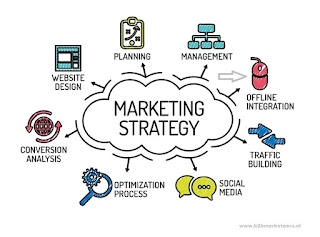 The Wikimedia Foundation has a 2030 strategy, it intends to increase its reach, increase its budget and rename projects into "Wikipedia something" in order to improve its visibility..
Wikipedia is one of the most visited websites on the Internet, its quality is good and is mostly edited by older white males in the first world. Typically when people mention Wikipedia they refer to the English version but it is only 50% of Wikimedia traffic. From a marketing point of view the English market is saturated, growth can be expected from Wikipedias in other languages and from other projects.
The Wikimedia Foundation is very much tied to the United States. Given the current regime and the possibility that it will prevail in November, this reliance is an existential threat. It is likely that the US government will want to intervene in Wikimedia content after 2020. I doubt it is possible, given the current hardware configuration, to move away from the US and still serve the rest of the world with a NPOV.
At this time the Wikimedia Foundation is centrally led, there are satellite organisations in many countries who are limited in what they can do; their budgets are centrally managed. Fundraising is mostly done from the USA and most of it is raised in the USA. That is problematic in its own right because many "Wikipedians" feel that too much money is raised, money not needed to support their project and people in other countries do not get to feel that it is "their" project because of "their" contributions. As a professional fundraiser, I am convinced contributions from the Netherlands could increase at least tenfold within a year.
The bias for English is huge and it is compounded by the bias for English Wikipedia. At a conference a Dutch professor stated that research not about or linked to the English Wikipedia is unlikely to get published. It follows that the data used for the 2030 strategy includes this same bias. The MediaWiki software is developed first and foremost for English Wikipedia and it is expected to work for other languages and for other projects. There used to be a development team specialised in language technology.. it was dissolved.
There was a time when English Wikipedia did support the other projects. Because of an anti Wikidata stance by some this changed. There is no solution for false friends and lists are not as well maintained as they could be. When we link to the Wikidata item for an article and no longer to a title for that same article this will change. It is easy enough to build functionality that allows for both and by opt-in projects will understand the benefit and choose to adopt.
When marketing is the reason for changing the name of projects, it is important to consider the ramifications. The "Wikipedians" among us claim ownership of the Foundation, insist on actions in their image. They represent a staid community representing a saturated market. With a strategy in place it is possible to disregard them. This makes only sense when the WMF tackles its bias for English as a priority. This is what is needed to realise the 2030 strategy.
Thanks,
GerardM
Posted by GerardM at 10:09 am