@Wikimedia and languages - @WikiCommons search, the most relevant development since @Wikidata 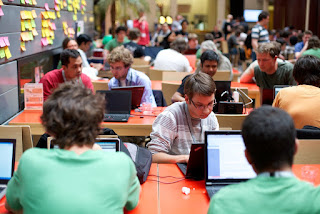 The Wikimedia Foundation is important for the support of languages on the Internet. The localisation of its software is done at translatewiki.net, it is done in over 300 languages.

The milestones for multilingual support are:

These milestones have been very much technology driven. For me the one reason why Wikidata became the success it is, is because it was from the start linked to every subject covered by Wikipedia and the solution was so overwhelmingly superior that nobody could reasonably object.

To make a success of this latest milestone, institutional support is needed. It is for the Wikimedia Foundation, its movement to reduce its bias for English and make room for improved language support.

My way of phrasing this as an essential objective: "All of
@WikiCommons
is available to every single person on the planet". As we adopt this as our objective, it is first and foremost about making Special:MediaSearch useful in any and all of our languages and make it available from any and all of our Wikipedias.

As we adopt this, it is essential that priority is given to multilingual search over special interests including GLAM, Open Data, SPARQL and what have you. Priority when we are to open up in multiple languages first. Special interest only gain relevance when it is made obvious how it helps it helps open up Commons in Swahili, Hindi, German or Vietnamese.

Special:MediaSearch is possible because of everything that went before.. Its functionality is part of MediaWiki and localised at translatewiki.net. The existing search engine is now linked to the labels for items in Wikidata and it was made public after Hay Kranen brought us his proof of concept. It became available warts and all and while finding منصور اعجاز  in Punjabi is huge, it is not great when you do not find cats because a user is called Kočka..

The challenge to us as an organisation, a movement are we willing to work on our existing bias, open up Commons in all the languages we are said to support and accept that our hobby horses will get attention not in the next but in a future iteration.
Thanks,
GerardM
Posted by GerardM at 5:45 pm