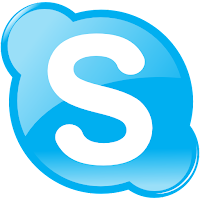 I use skype. It was recently bought by #Microsoft for $8.5 billion. As such it has a valuation based on the size of its user base and to increase the user base even more, Facebook made Skype the engine for chatting and talking to other people using Facebook.

In the meantime there are patents by both Microsoft and Facebook describing technology that allows for tracking, spying and consequently it is not only governments that spy, track, stalk. Using Skype as a technology that is so obviously used as a platform of spyware, trackware and stalkware.

One of the great things of patents is that they are intended to exclude. With patents claimed by a Microsoft or Facebook other companies do have an incentive not to use such technology. As governments are likely to be the beneficiary of such spyware trackware and stalkware functionality as well, it will be interesting to learn if other companies have to pay for the use of such technology or if governements will strong arm the patent holders to make this technology for free.

Anyway, Skype is underwhelming because why trust it when it is patently clear that it will not provide you with the privacy that the law at least suggests you should be able to expect from the plain old telephone system.
Thanks,
GerardM