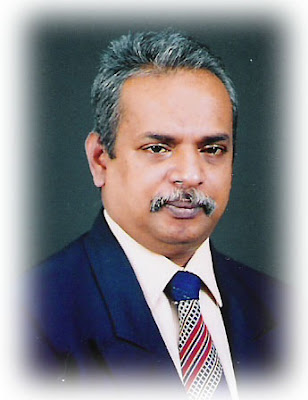 Every Wikipedia has its heroes; the story of P.M.Puniyameen is one that is inspiring. Mr Puniyameen is a retired academic, a prolific writer and an independent journalist.

Mr Puniyameen found his way into the Tamil Wikipedia in November 2010 and in five months he wrote 2000+ articles. On April 20th he set himself a goal of writing 200 articles in a day. Helped by his wife, his daughter and two colleagues he exceeded his goal and wrote a staggering 300 articles. As many of these articles are about cricket, they are certain to get loads of readers in sports mad countries like Sri Lanka and India.

It must be clear that this feat was very much a team effort. The effort was announced in advance and met with the blessing of the community. Several of them monitored the effort and picked up on the new articles to check, proof, recategorise and maintain.

Article writing sprints are really worthwhile, when they are done well they generate vitality into a project and they underline how Wikipedia is a community effort. For me Mr Puniyameen is a hero; he proved himself to be a catalyst for and the writer of many new articles that are well received by the Tamil community.
Thanks,
GerardM
Posted by GerardM at 9:56 am