A #Wikimedia #storyteller is the new #Communications manager 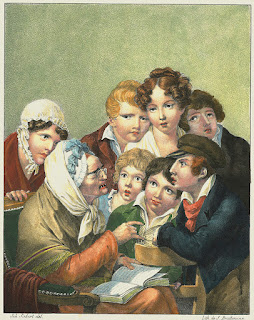 There are many wonderful stories waiting to be told relating to any and all of the Wikimedia projects. When Matthew Roth one of the three storytellers transitioned into the role of Global Communication Manager, I asked him ten questions and as I am happy to have received his answers.
Thanks,
GerardM


At the Wikimedia Foundation, the three Storytellers -- Victor Grigas, Aaron Muszalski, and I -- did approximately 220 interviews over 5 months. The Storytellers worked with the fundraising directors to narrow those interviews down to about 40 that we thought might make for good fundraising appeals. Of those, the managers of the fundraiser wrote appeals from 14 Wikipedia editors from around the world, in addition to the Jimmy Wales appeal (some Wikimedia chapters ran localized appeals with other people). We were very proud to show a more diverse and demographically disparate group of appeals than in past fundraisers and I think the goal will be to continue this trend moving forward in 2012 and beyond.

As there is a global audience, we may have to localise some messages to be really effective. What are your thought


Where possible Foundation messaging should be localized and reflect the audience. In many cases, Wikimedia chapters will be best positioned to communicate localized messages and influence our global message to better align with localized need. My role involves supporting this work at the Chapter level. Similarly for very active individuals who are not in formal chapters but who do very meaningful work to promote the health of the projects, I want to be sure their work is promoted.

There are many social media platforms. They are wildly popular and many Wikimedia related activity can be found on them. At the same time people say "Wikipedia is not a social media". I think this attitude does not help, what do you think


I think the Wikipedia community will debate the merits of incorporating more social platforms within the editing space and will arrive at solution that works for the various projects. There is probably a spectrum of what will or won't work across the different projects. In an anecdotal way, photowalks can be a great way to get photographers together to take photos and upload them to Commons and hackathons can work wonderfully for developers and programmers. Such social meet-ups might not be as effective in every situation for writing and editing Wikipedia.
For more standard social media platforms, like Identi.ca, Twitter, Facebook or Google +, the Foundation is having ongoing discussion about how to better utilize our assets. Even though the Facebook page has 1 million likes, for web properties as big and well-known as Wikipedia and sister projects, that's not very many people. Our Twitter account has a relatively tiny following, given the size and reach of the projects. For instance, @tinucherian, a communications member of the Wikimedia India Chapter, currently has 10,000 more followers than Wikipedia (this attests to his remarkable social media acumen, and to our underachievement as a large and worldwide entity).

These facts reflect the historical distance we've kept between Wikipedia and social media. There is no single staff member who is responsible for updating social media platforms, but rather the role is done by a committee of people from different departments.


Again, I think it's safe to say social media has not historically been one of the highest priorities of the Foundation, so there have not been too many formal or informal relationships developed with bloggers or others in social media spaces. I think to the extent we can, the Foundation supports initiatives through the Community, Tech, and Global Development departments to support those improving Wikipedia projects and those committed to the Wikimedia mission and goals, but it is an open question how far we will go to embrace social media.

We do not communicate really about Commons, Wikibooks, Wiktionary, Wikisource ...


I don't have enough background to comment on this assertion. I personally use and rely on Commons often and greatly enjoy contributing photos there (though with work, I haven't had as much time as I would like to take or process photos). I hope to do a great deal to promote these projects where and when I can.

Issues like the extension of copyright are not so much a Wikipedia but very much a Commons, Wikisource and Wikibooks issue, should our movement take up this issue as it does affect our mission so much.


I'm not as well versed as some in the foundation about this, but our legal department often works in this space and promotes open licenses and free access. Our stance on Golan v. Holder -- that public domain works should not be taken from the public domain and returned to copyright -- is only the most recent example. If you want more detail on this, however, I'd have to defer to our legal team, as they know much more than I do.

When "global" is in your title, reaching out to people who do not speak English is part of the job. What do you think about translation?


While I haven't been fully apprised of the extent of the translation work you and the localization team are doing for the Foundation, I think some of the most exciting work in the projects happens with translation. The MediaWiki Translate extension and translatewiki.net provide some of the more important tools for enabling successful translation of open source materials throughout the world. Their application in numerous platforms speaks to their importance. I certainly hope to learn more about the work as part of my job.

From the exposure I had to the translation infrastructure for the Wikimedia Fundraiser, I was amazed by the organization and cooperation among volunteers around the world who quickly and efficiently translated fundraising appeals and guaranteed the 2011 fundraiser was a remarkable success.

I speak Spanish and Portuguese, so from a personal level, I'm very interested in language and translation. I often say that I learned the most about my native language, English, when I learned to speak and write in Spanish. For instance, I had no idea there was a subjunctive tense and that I constantly used it until I had to render my thoughts in another language where its usage is frequent and vital. I'm also very interested in linguistics and language formation in bilingual (or trilingual and beyond) children. My understanding of it is limited, but I've read some material about language formation and I always have it in the back of my head that I would love to take more classes in linguistics.

I am also interested in the politics of translation as it relates to what gets translated and published across different languages and in different countries, and what that means for cultural and political relationships. One of the more interesting classes I took on the issue was in 2003 at the Naropa Institute in Boulder, Colorado. The professor was a Mizrahi Jewish translator and publisher who talked a lot about the politics and culture behind what gets published and what doesn't in Hebrew. Completely opened my eyes to a power dynamic I didn't understand before.

With the rise of free knowledge and the ever eroding limits to publication, I think the dynamics of power have already shifted dramatically and will continue to shift. The ability to freely disseminate information and knowledge in ones own language, and the ability to have that translated into other language, can have significant socio-political implications. I'm probably not smart enough to really even understand how significant that is :) Feel free to point me to good reading on the issue, if you like.

Two of our regular bloggers followed the excellent workshop Siebrand gave on Translate our translation software, do you know it, have you used it


I have not used it.

You moved from telling stories to get us funding. Now all our stories and all our objectives is your domain. Do you have room to decide on what is hot and what is not?


I don't know about "hot" stories, but I am very interested in expanding the stories we tell about the Wikimedia movement and include as many engaging, thoughtful voices as possible. We are actively working to expand the public's understanding of the marvelous work that happens in the projects and the fascinating people behind them.

Thanks Matthew for your kind words about me :)