#Twitter in Chinese or in Tamil; a different story 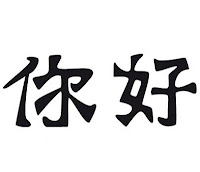 Twitter works well in English; 140 characters suffice. The objective of a tweet is to say something using only a few words. For some languages 140 characters provides a wealth of space (think Chinese) while other languages use many characters for a compound character (think Tamil) and it is hard to get the message out.

When you reserve space in a database for comments, the same logic applies. It may be an idea to configure the number of characters but the database itself should allow for a language like Tamil.

This is one aspect of internationalisation that is a bit deeper then making sure that characters are shown correctly. It is cool to see people who champion their language pick up on issues like this. Srikanth submitted bug 34586 and it is getting an adequate response.

Srikanth is part of the language support team for Tamil.
Thanks,
GerardM
Posted by GerardM at 12:26 pm

Its actually dependent I would say, since even Moodbar has 255 bytes for comment.

Lets hope we get a quicker resolution.