#Wikidata - how to reach its tipping points 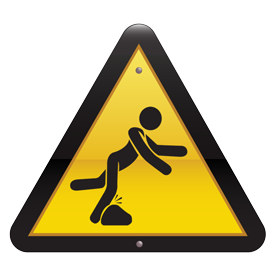 If #Wikidata is to be useful, it has to be usable. What it is usable for, depends on who is using it and in what way. The information about Muhammad Shah, a mogul from India, is easier to digest when formatted by the Reasonator than by looking at the raw information in Wikidata. There is more information in a Wikipedia articles BUT, there are only 16 Wikipedias who have an article about him.

Currently there are labels in 19 languages for Muhammad Shah and consequently most of the Indian languages will not find him in their language.

Most people will not care that much about this mogul. They are more interested in what is in the news. The references shown are related to what is considered to be in the news in any language. Once people added labels missing in their language, items that are likely to be of interest can now be found. At the same time, everywhere where the associated items are referenced, these labels will be available as well.

Doing this helps build enough information for Wikidata to become usable in a language. But it still needs to be used. That is at this time very much a tripping point.

Adding Wikidata Search to a Wikipedia search helps. It gives Wikidata an application. More applications are possible. A separate place where the Wikidata information is leveraged would help. In this way pictures from Commons can be found, information presented by the Reasonator and articles in the available languages.

The beauty of Wikidata is that it takes so little effort to have a big effect. However, this effect is only realised when Wikidata is used. The question is very much what are we going to do to reach the tipping points and bypass the tripping points.
Thanks,
GerardM
Posted by GerardM at 10:24 am