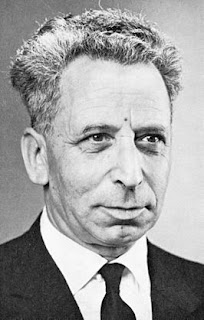 Amnesty is one of the organisations I consider essential in this world. It is known for its work on human rights and it will tell any country where it fails in its commitments or in its actions. It is a participatory organisation and it is up to anyone to choose their levels of commitment.

Organisations are awarded for their work and I have added several of them spurred on by a friend who added the Dr J.P van Praag award to Amnesty. Typically I only add awards to people. It is easier and there are fewer false positives.

Reading the Dutch article, the question arose if Amnesty was indeed the beneficiary of this award. The text says in Dutch.. "Amnesty International (afdeling Nederland) voor haar werk voor gewetensgevangenen.". It says that it is the Dutch chapter who was awarded the award.

Given that other Amnesty chapters have items in Wikidata, it was easy to add one for the Dutch chapter and make it the recipient for the award. It follows that people tagged as member of Amnesty are actually member of the local chapter ... :)

NB I would not be surprised when more awards have been given to Amnesty, much of this may be found in articles in languages I do not read.
Thanks,
GerardM
Posted by GerardM at 2:39 am