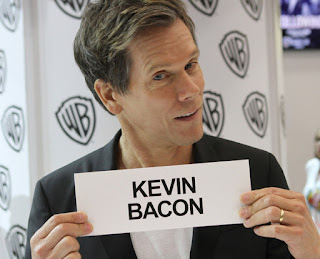 There is this famous game where everyone is said to be no more than six steps away from Kevin Bacon. There is even an article about it.

It struck me that it would be nice to know how far away any Wikidata item is from Mr Bacon. The original game is about other actors and makes use of the IMDb but there is no reason not to use Wikidata. One reason to use Wikidata is to see how the shortest paths to Mr Bacon can be optimised.

One obvious way is to document everything there is to know about Mr Bacon.. like that he had a father. It opens up the world of architecture to Mr Bacon..

Adding information is one thing, it takes boffins to come up with a routine that finds the shortest path. I am sure they are competent, for them it may only be a matter of being challenged.. The great thing is that the combination of adding relations and boffins will make for many challenges, for instance how to link Mr Bacon to Genghis Khan or Julius Caesar with the shortest path.
Thanks,
GerardM
Posted by GerardM at 9:25 pm