#Wikidata - the #Pope is no longer of the Roman Catholic faith? 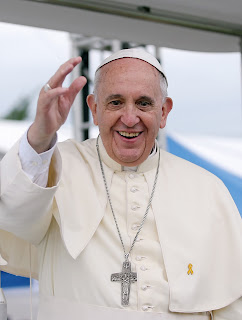 When you are to believe some at Wikidata, the religion of pope Francis, the bishop of Rome is no longer "Roman Catholic". The argument is a beautiful one.. "Catholicism" is a religion and "Roman Catholic Church" is an institution... WOW..

It is as if all the differences in all the churches in Catholicism have been removed in one big gesture, it is as if ecumenism is finally happening because Wikidata says so..

Wikidata is immature and it can be noticed in squabbles like this. It is also a consequence of people who have no understanding of the subject matter imposing their views and talking exhaustively about the subject.

Well they are wrong. I am sure when pope Francis hears about this he will just smile.
Thanks,
GerardM
Posted by GerardM at 8:06 am