The roads of #India

One of the projects on the English #Wikipedia describes the roads of India. Given the size of India, the end result is something that can easily be called a book. As such it is not that strange when the book becomes a book that is available from PediaPress. 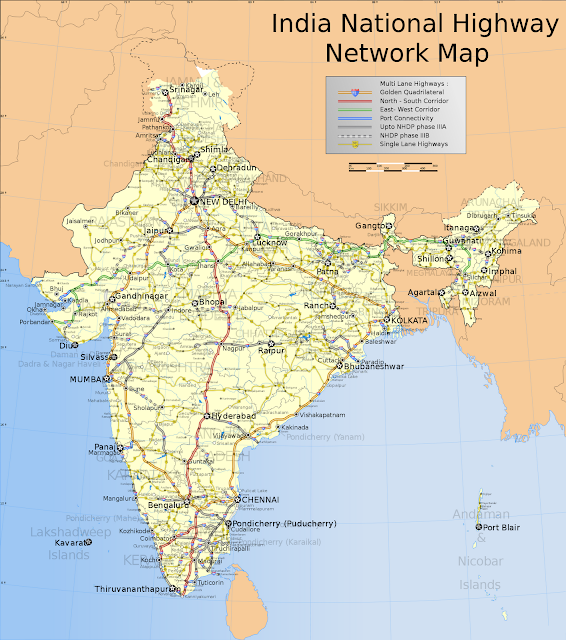 A book like this is not without its issues. How do you for instance make a NPOV map of India when the borders of  India are in dispute or what to do when the generation of the book creates errors.

Making maps of India that are acceptable to all is problematic. India has border disputes with several of its neighbours and as a consequence Indian maps show where India expects its borders to be. The same is true for its neighbours and consequently the maps Google presents are different from where in the world you view them.

The law is often used to ensure the "right" presentation of borders and therefore a book like this will never be commercially available in India.

Getting attention from the right people is (relatively) easy to do; you create a bug in bugzilla and / or you talk to people involved in the off line functionality on IRC and / or you scratch your own itch and dive into the code.
Thanks,
GerardM