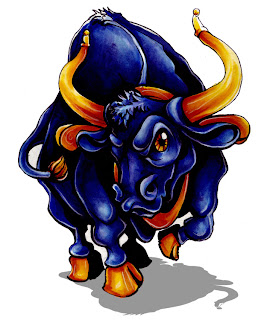 In #India the English language #Wikipedia is receiving the most readers. The "other" Wikipedias are doing significantly less. The statistics are clear about this.

Eugene Kim has published his first instalment of a four part series on the different challenges facing the Wikimedia movement. As developing traffic from India is a strategic goal of the Wikimedia Foundation,  and as Eugene has been so close to the strategy process it is relevant what he has to say.

China and India — India in particular — have extremely heterogeneous cultures, which complicates outreach. On the other hand, most Indians access and edit English Wikipedia as opposed to the native Indian dialects, such as Hindi. Increasing usage in India may require focusing on making English Wikipedia a more multicultural community as opposed to promoting the many Indic language Wikipedias.

Focusing on making the English Wikipedia a more multicultural community is an extremely good idea. This will not only serve India well, it will serve the whole world well. People do not know where to find places like Albania, Kerala or Tripura on a map so subjects about these places are easily considered to be hardly relevant.

What makes the text extremely problematic is the selection of words. The Hindi, Malayalam, Telugu and the many other Wikipedias are written in languages. Calling them dialects demonstrates a lack of awareness that is painful after all the time Eugene spent among us.

The suggestion that it may be necessary to make a choice between promoting the use of the English language Wikipedia versus promoting the Wikipedias in Indian languages is not only unnecessary it is also a very bad idea. It is a bad idea because the Indian cultures are very much intertwined with its languages.

Effectively supporting the Indian languages is something that is feasible for the Wikimedia Foundation. The benefits are clear; it will clearly demonstrate the sensitivity needed to perform well in India. It will generate a lot of free publicity and goodwill and it will help us reach out to the disadvantaged and under represented communities.
Thanks,
GerardM
Posted by GerardM at 9:47 pm

Egad. That error was egregious. I certainly do know better; in addition to having many long-time Indian friends, I worked in India in 2008 and had to grapple with specific issues around the different languages spoken there. My only possible explanation is that it was 4am when I was finishing this post. Many thanks for pointing it out.

I also agree that encourage English Wikipedia usage in India does not have to be at the expense of supporting the other Indic languages as well. Google's work in this area is also a great example of how other organizations -- not just the Foundation or Chapters -- can support the movement in this way.

Finally, I love your picture of the blue ox. :-)

Yes, the blue ox is fabulous. While I don't think that pursuit of diversity among English contributors is in conflict with pursuit of language diversity, I agree that the latter should take precedence over the former until a certain level of completeness has been reached in smaller languages.

Once there is sufficient material in each language for them to be their own self-sustaining ecosystem, more attention can be directed towards encouraging everyone to contribute, period, in a language-neutral way.

The first thing to do is to ensure that technically languages are technically on a level playing field.

This is the only thing we need to do. After that it is for the communities.
Thanks,
GerardM