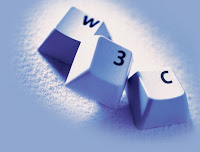 The W3C answers this question for us in a recently published Q&A. There is a bit of "background" in it and, for me it is a bit sparse AND it misses a few important points.

The ISO-639-2 did indeed introduce three-letter codes but it was functionally awkward. It was in effect two codes. With the arrival of the ISO-639-3 the number of languages was importantly extended and concepts like macro languages were added. With this standard it became realistically possible for many languages to make their appearance on the Interneet.

The answer to the question? Both.
Thanks,
GerardM
Posted by GerardM at 7:26 pm