#Wikidata - about an #organisation

Organisations like the #Wikimedia Foundation, are governed by people. The composition of the people with power or influence changes over the years and, while some organisations are identifiably managed by one person, typically there are structures in place like a "board of trustees" or a "board of directors" or whatever they are called. 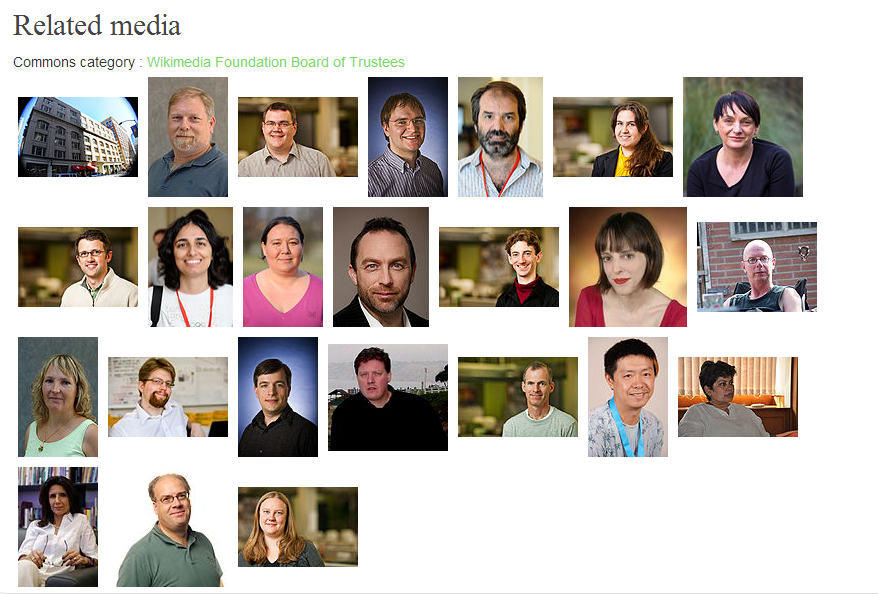 To understand the notability of people, it is often important to know of what boards they are a member of. This defines their influence and, for the WMF the people who decide(d) on the issues of the WMF are in its board of trustees.

Once all these people were included in Wikidata, when all the start dates and end dates were included, the "related media" of the Reasonator produced a nice composition of all of them. The time line proved interesting as well. Phoebe is included twice; there was one year when she was no board member. This also shows when you click on the "show items" for the 24 items of "member of".

The information of the Wikimedia Foundation itself is interesting as well. It does show a logo (thank you Magnus) but it does not show many other things for instance its managing director. Particularly for people, their notability is often defined by the influence they wield. This influence is defined in the many relations people have. It is quite similar to politicians. For them we are quite comfortable including the offices they have held.
Thanks,
GerardM
Posted by GerardM at 6:45 am