When you trawl through Wikidata using the "random item" in Reasonator, the lists, categories, disambiguation pages are a pest. As it is, there is nothing for them to show. Given that people want them to be part of Wikidata, you can either ignore them, the current practice, or you can seek relevant information for them to show.

When you have a "List of sieges", it is obvious what they intend to show; on a Wikipedia, such lists include articles that are about sieges. Wikidata is becoming rich in information and, at this time there are 825 sieges known. That is more than on any of the existing lists. 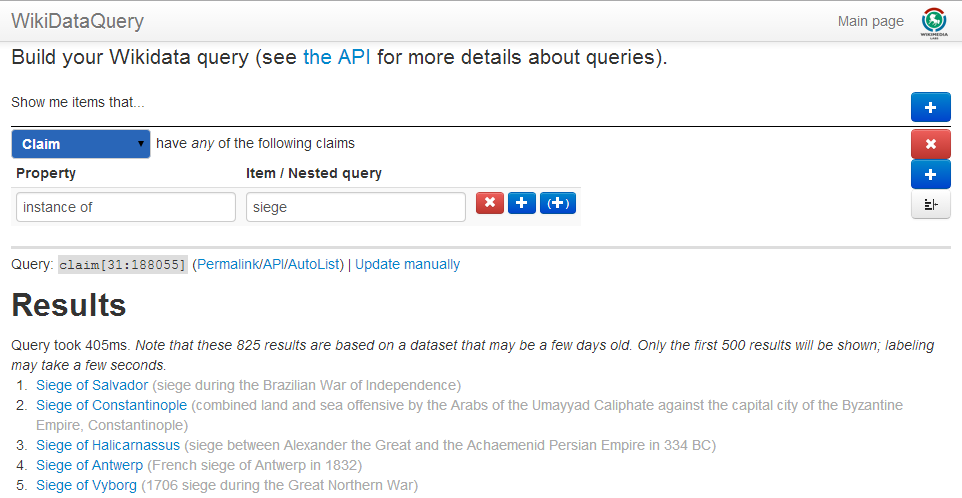 When you analyse the information on this "List of sieges", it does include everything to build a query "is a list of" and "siege". It becomes more interesting when you want to identify sieges in a specific time frame or sieges with a specific participant. There are lists for that as well. To find them in Wikidata, the items we search for have to be rich enough in data for a query to find them.