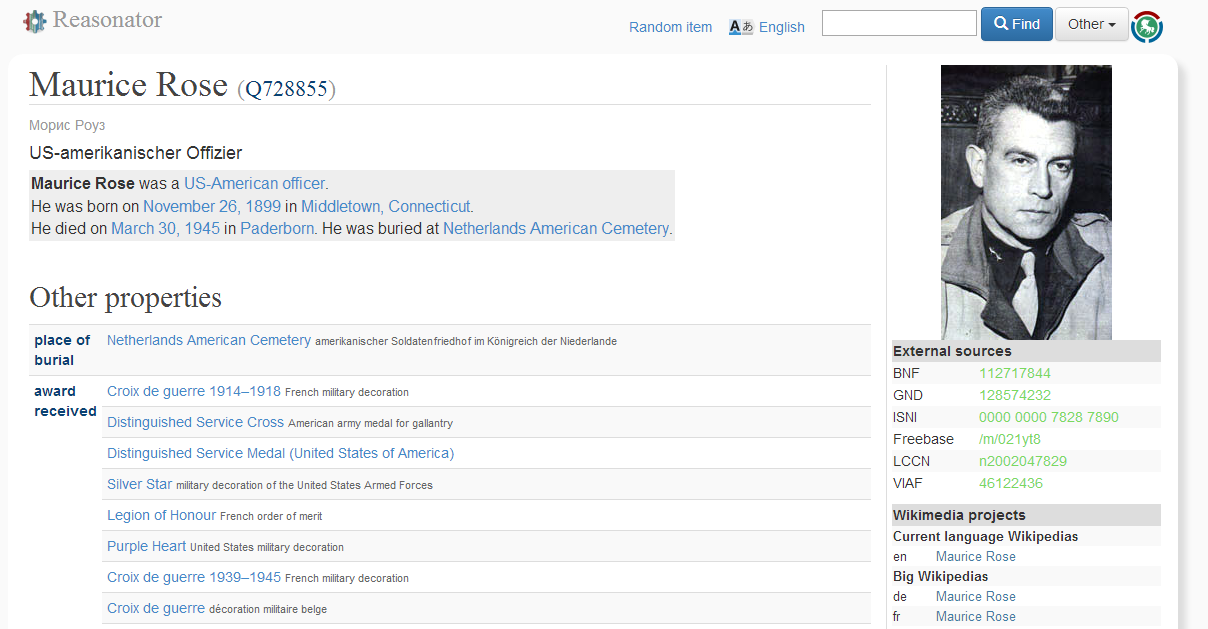 Mr Rosen was the highest ranking US officer during the second world war who was of Jewish decent. As you can see, he was well educated, highly decorated and as he fought in both world wars, he had plenty of combat experience. He died in combat and was buried on the American war cemetery in Maargraten.

This blog post serves two purposes; I wanted some personal balance following a recent blog post. I also wanted to show how diverse the Jewish experience has been during the second world war. This is the third post at that.
Thanks,
GerardM
Posted by GerardM at 11:15 am