The #Internet as a battle field 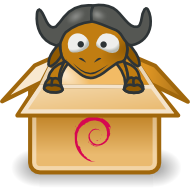 With the turmoil in the Arabic world, the Internet is a tool that enables or denies people to be informed, to communicate and to organise. In countries like Australia and New Zealand much of the infrastructure is broken because of natural causes and the results are not dissimilar.

When the Internet consists of mesh networks, software in such networks can pick up the slack. This means that the software from Status.net will continue to work while twitter will be dead.

When Eben Moglen promotes the FreedomBox, he does not address this utility. The FreedomBox will be useful to organise and communicate whenever a disaster strikes and they work optimally with mesh enabled functionality.
Thanks,
GerardM
Posted by GerardM at 10:55 pm