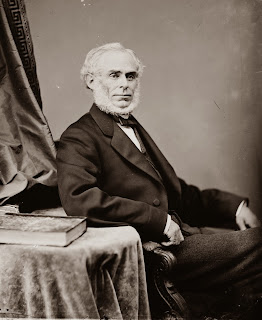 Mr Johnston was also a USA senator. But #Wikidata was not yet aware of the fact that he was also a member of the Virginia Senate. It did say so on the info-box.

To get that fact in, I had to create a new item for "Virginia senator". The number of people who have been in this senate or any of the other state senates must be big and most of them are of a questionable notability. But then again both Wikipedia and Wikidata can take them in as much as politicians from other countries.

When you Google for Mr Johnston, you can find the fine picture that is to the right. It is in Commons and the original can be found in the Library of Congress.

I looked at Mr Johnston because today the article about him featured on the main page of the English Wikipedia. I wanted to know how complete the information about a featured article is on Wikidata.
Thanks,
GerardM
Posted by GerardM at 10:02 pm