Lutfi Pasha, a Grand Vizier of the Ottoman Empire 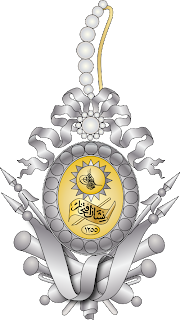 Before today, there were no statements for Lufti Pasha in Wikidata. The Wikipedia article indicated that he had written several books on religion and history. This made it likely that there would be a VIAF identifier.
What will be interesting is if one of the many bots will pick up on the new data in Wikidata and how they will enrich it even more.
Thanks,
GerardM
Posted by GerardM at 11:38 am