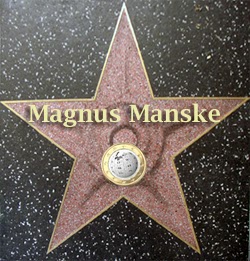 When Magnus agreed to answer some questions, I wanted his answers to have impact. So I asked a few influential people what they would ask Magnus. I am happy both with the questions and the answers; they offer us plenty opportunities for making more of an impact.
Thanks,
GerardM

Lydia: what's his next cool hack


Technically, since the moment I received these questions, it would be AutoLists.

I haven't decided what to do after this. There is the prospect of extending/rewriting the Free Image Search Tool to use Wikidata, and to suggest images for Wikidata from the various Wikimedia projects in return.

Also, with the long-term plans to use Wikidata, or at least its software, to finally get a grip on metadata for files on Commons, it might be interesting to create and seed a database for the "obvious cases", which could then in turn seed "Wikidata Commons", when it finally shows up.

Lydia: and what he'd like to do but doesn't get to (so others can do it)

A million things! Many of my tools could do with some fixing, code review, extension, you name it. If you can code, have a look at the existing tools and maybe sign up for a tool or two which you would like to improve (not just mine, of course!).

I still have to port tools from the toolserver. Have a look here at tools to port and, help me prioritise!

Another thing I had started back on the toolserver was a "tool pipeline", where you could chain up tools so that the output of one tool is the input of the next. This could be quite powerful, especially for less tech-savy users who can't write their own glue code, even if the concept sounds uncomfortably like the human centipede ;-) Have a look at my attempt back in 2012.

Brion: What's the awesomest tool you've created that people don't (yet?) know about?


That's a hard one, as I carefully and thoroughly spam the community for every new tool I create ;-)

One that is probably less known, and that I use myself on Wikipedia, is a special CSS for wide screens, where it shows the Wikipedia main text in a central column, and arranges TOC, infoboxes, thumbnails, and small tables on the left or right. Screenshot & CSS 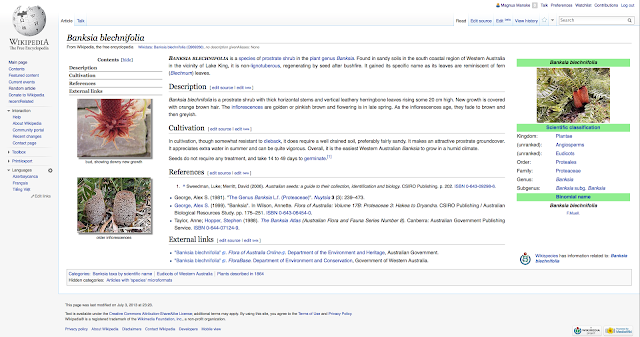 As for actual running code, less known but with huge potential IMHO, are live category intersects on Wikipedia. Together with [[User:Obiwankenobi]], we came up With this: Screenshot JS

Brion: What's the best way to make things happen? (getting cool projects done, even if nobody else is working on them yet


Have something to show people. Even if it's little more than a mock-up. Even if it's full of bugs, slow, ugly, fails half the time, and does only 1% of what it should do. A single thing that people can see and click on can get people to the cause, where a hundred pages of text will not. Stallman's GNUpedia existed on a mailing list with many a fancy idea; Wikipedia was there to see, to "touch", to edit. Even if it was a single, bare Perl script.

Alolita: what are your recommendations are for the next 5 innovative tools WMF needs to fund to build for Wikimedia websites


Not sure about funding for tools; coding projects big enough to fund should probably be designed as Wiki(m|p)edia-default extensions, or even MediaWiki core. In terms of new functionality prioritised in-house beyond the current scope, these would be the most interesting ones for me: 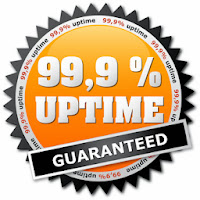 I'll answer these as one question. For tool developers, Labs is already a fine solution. There are a few rough edges which could be smoothed, though; "find someone on IRC" is often the way things are done, which is not always the best. There were a few outages recently, which can happen, and it took hours for someone to have a look a the issue, which is not exactly a life-or-death situation, but still frustrating for tool authors, and not just because of "your tool is broken" messages piling up around them. I understand that only core systems can have someone on standby 24/7, but maybe Labs issues could bubble up the chain automatically if no one from the usual Labs crew is around.

Getting more people to make use of the great Labs facilities is important. Part of that could be a simple visibility issue: if more people knew that Labs offers not only CPU and storage, but live mirrors of the Wikimedia databases, or that they could easily help fixing or improving that vital tool, we would probably see more widespread adoption of Labs by programmers. Labs-based git repositories for each tool could also enhance visibility, and improve code reuse (which I practice heavily within my own tools).

In terms of adoption of tools and extensions by volunteer developers into Wikimedia wikis, MediaWiki core itself, or as stand-alone systems, clear and time-limited review procedures would be required, as well as assistance by Wikimedia developers to get code up to MediaWiki standards. On the other end, a public listing with project ideas that, if implemented, would be considered for adoption by Wikimedia, could focus volunteer programmer participation. I am talking about a simple list of "we would like to have these, but don't have the manpower" issues, written by Wikimedia staff, as opposed to obscure feature requests in bugzilla that might be long obsolete.

Open source is also to work together on software, tools. Your tools are available, how do we get more people to cooperate on them


By refusing to fix bugs, we could force the bug submitter to do it ;-)

On a more serious note, I think improving visibility, as mentioned above, of the great things Labs offers, and that participation on existing tools is encouraged and welcome. Just like many people use Wikipedia but still are not aware that they could edit it themselves, potential volunteer programmers might think that these tools are done by Wikimedia staff, or some carefully chosen group, rather than by run-of-the-mill geeks like them.

When you had someone to work on improving ONE tool; what would you want him or her to do?


Extend Wiri a.k.a. "the talk page". It is not so much a normal, "useful" tool, but a nice technology demo, not just for Wikidata, but for a confluence of technologies (data from Wikidata, speech generation from third-party open source, speech recognition from Google) enables functionality that plays in the same ballpark as big commercial solutions like Siri or Google Now.

I am well aware it will never be en par with the Mathematica/Wolfram Alpha backend in terms of calculation power, or up-to-the-minute sports results. But even simple improvements, like a listing of options if the (speech) input is ambiguous (e.g. several people with the same name), translating complex questions into Wikidata query requests, displaying images, maps, or using AutoLists to show multiple results, could turn it from a mere demo into an actually useful tool. With proper, fault-tolerant grammar parsing, real reasoning, and the ability to explain the reasoning, it could be amazing!

Studying law is a very hard task and moreover when the Assignments which are assigned to us bring more tension so i searched across the internet about the best the company who can provide me Law Assignment Help and when i started taking service from them my grades started increasing and I took out time for my part time job in a Law firm and all the Law Homework Help was given to me by them.