#VIAF, sources and the battle of the sexes continued .. 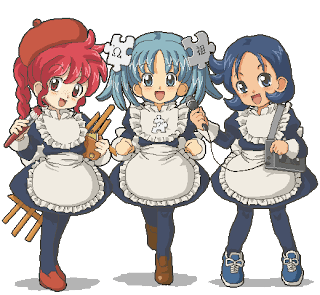 When you research Wikidata you may learn the gender ratio of men and women in any Wikipedia. As more statements are added, the data will become more precise and more articles will become known to be about "humans".

VIAF is maintained by the OCLC and it brings together the information of many libraries from around the world. It links people; authors and subjects to books. Wikipedia does to a certain extend the same thing by linking sources to facts known in articles. Many of these sources are books or periodical publications and identified by an ISBN or ISSN number.

The notes, references and further reading used in Wikipedia articles do refer to books and periodical publications and often provide the ISBN and ISSN numbers as well. They may even refer you to your library.

Wikidata allows for adding sources to its statements. Typically there are no real sources for any statement on any item. Sadly this is used as an excuse for not using Wikidata.

When all the Wikipedias are mined for its sources and when they are added to Wikidata as sources for a subject, Wikidata will become a useful tool for the library world. For people who love to add sources, it becomes much easier to add sources to statements but also to verify the veracity of statements.

As to the battle of the sexes, when you care about more articles about women, you have to write them. There are so many notable humans who do not have an article yet.
Thanks,
GerardM
Posted by GerardM at 1:38 pm