What qualifies as an "Emir of #Morocco" 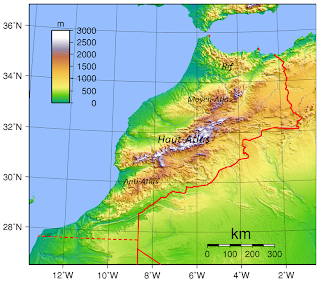 When you specify things in #Wikidata, some questions are best dodged. For instance when did Morocco become Morocco or England England? Questions like these are particularly relevant when one dynasty replaces another.

When you look at the current border, you can imagine that the border changed rapidly particularly caused by the upheaval of the change of the dynasties. With the change of a dynasty big changes happen. The question is, how does it affect the continuity of a country or its people is not easily expressed in Wikipedia let alone in Wikidata.

Whatever is to be done, Wikidata is very much connected to many idiosyncratic Wikipedians who all may bring their strong opinions on such matters to the table. Such discussions are needed as much as dynamic maps are needed to explain the dynamics of power.
Thanks,
GerardM
Posted by GerardM at 9:53 am